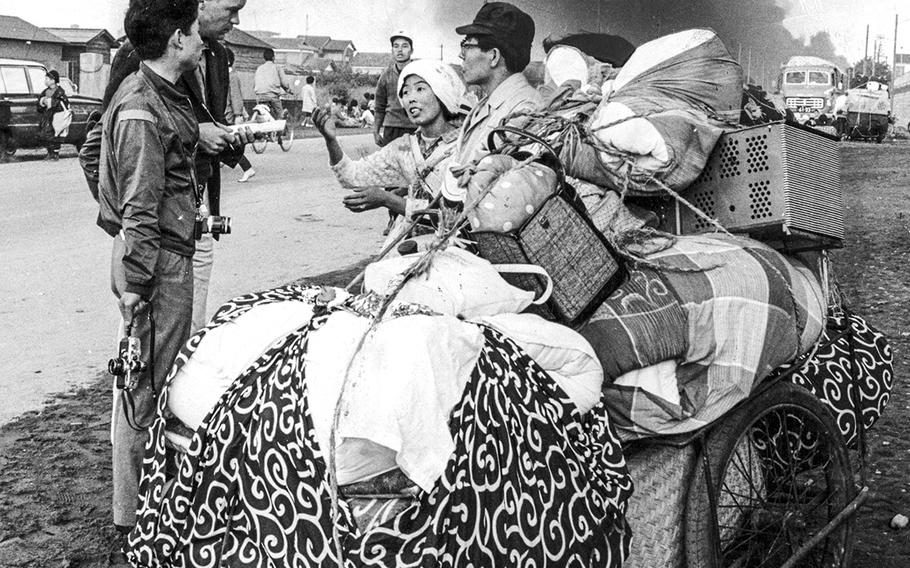 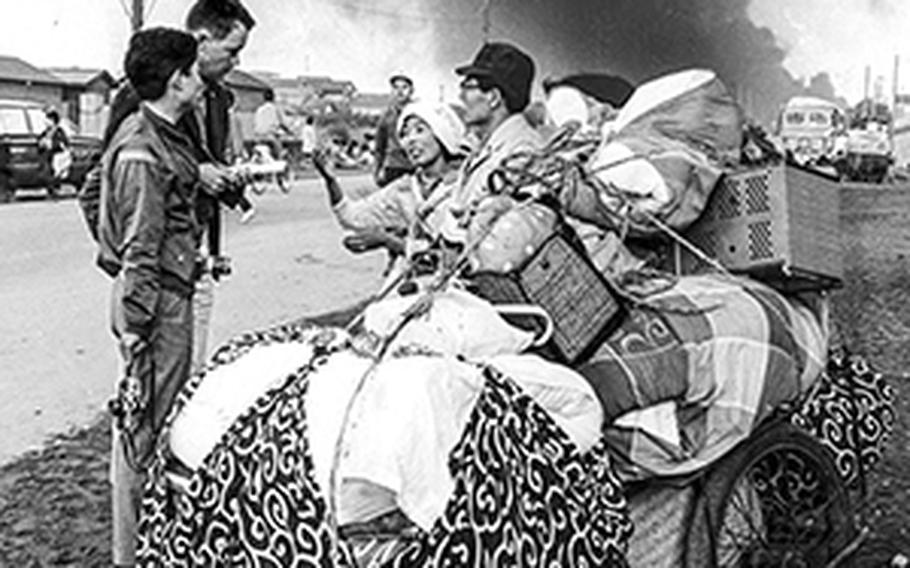 Fred Braitsch Jr. ©Stars and StripesNiigata, Japan, June, 1964: A fleeing family whose home near the burning oil tanks seen in the background was destroyed pauses to talk with Stars and Stripes reporter Mike Mealey and photographer Masahiko Nakamura. The fire at the Showa Refinery started after an earthquake that was later reported as 7.5 on the Richter scale hit the Japanese west coast, liquefying soil and toppling and sinking entire apartment buildings. Thirty-six people died and 3,534 houses were destroyed in the Niigata area Relief columns headed toward the site on narrow dirt roads were hindered by masses of refugees pouring out of the area.

RELATED MATERIAL: A 1964 Stars and Stripes story about the Niigata earthquake.