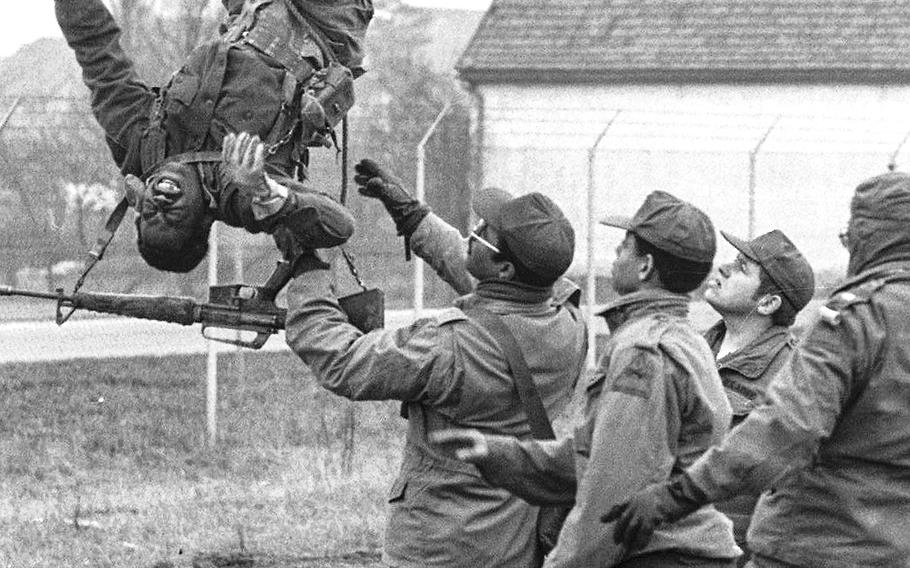 Jim Arwine ©Stars and StripesIllesheim, West Germany, December, 1977: A soldier struggles to right himself during the horizontal-rope portion of the Nicholas Minue Challenge Cup competition at Storck Barracks. The Bundeswehr's 262nd Parachute Battalion captured first place in the event, which was named in honor of a World War II Medal of Honor recipient. Nine 25-man teams from German and American military units took part.

RELATED MATERIAL: Stars and Stripes' 1977 story about the competition.