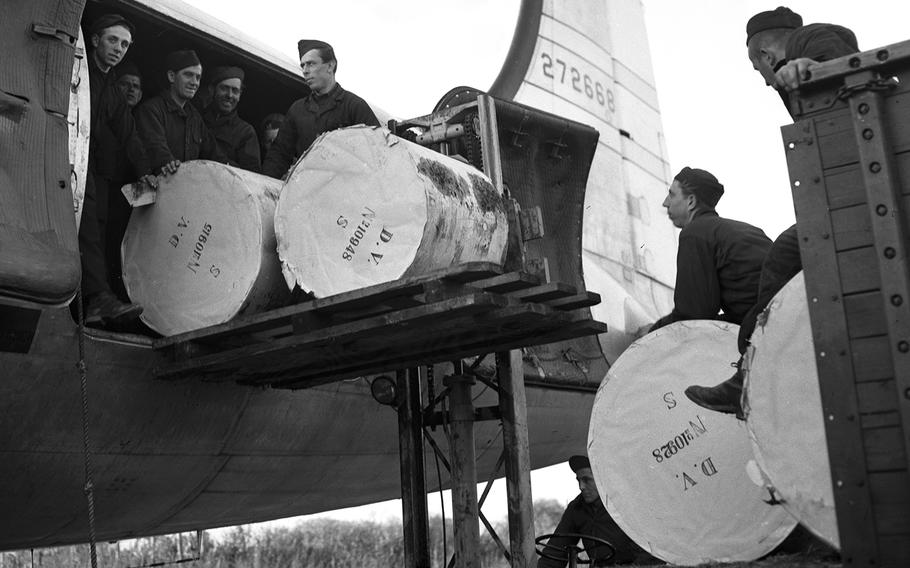 ©Stars and StripesWiesbaden, Germany, October, 1948: Rolls of newsprint are loaded on an airlift transport plane, bound for Berlin. One hundred tons of paper were being flown to the blockaded city by the Air Force every week, as allocated by Gen. Lucius Clay, to allow newspapers of the three Western sectors to combat the Soviet-controlled Berlin press.