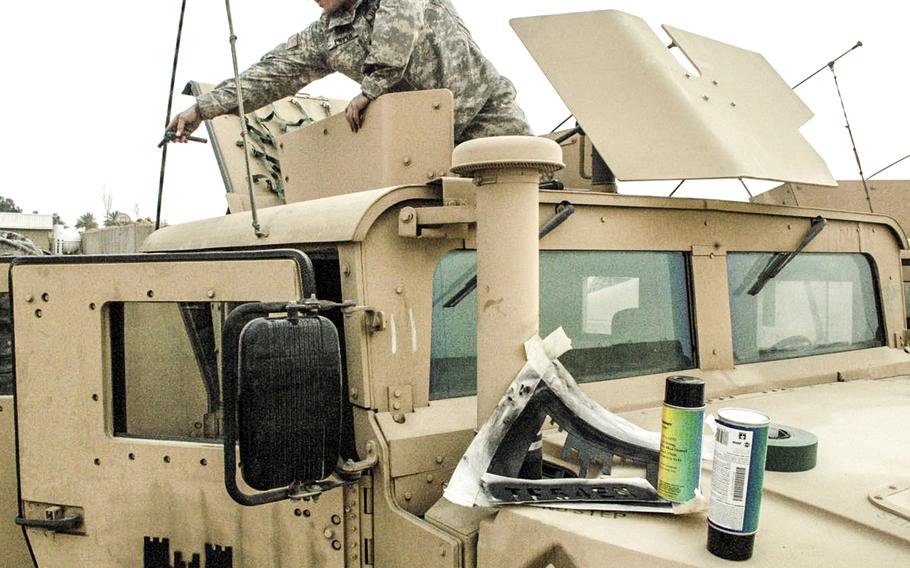 Monte Morin ©Stars and StripesRamadi, Iraq, January, 2006:Spc. Mac Pieper of Headquarters Company, 54th Engineer Battalion, 130th Engineer Brigade reaches for a tool while attaching gun mounts to a brand-new, up-armored Humvee. “They’ll probably look this good for a couple of days,” Pieper, 26, of Garden Grove, Calif., said of the much-appreciated new vehicles. “They’ll take a beating in those first couple convoys.” Since the unit deployed to Iraq from Bamberg, Germany, roughly two months earlier, they had been using a number of gun trucks loaned to them by the Marines. “These guys could be having the worst day of their lives, and you give them a bunch of new vehicles and they’re on cloud nine,” said Capt. Gary Graig, 25, of Stanford, N.Y.

RELATED MATERIAL: Stars and Stripes' 2006 story about the Humvees.