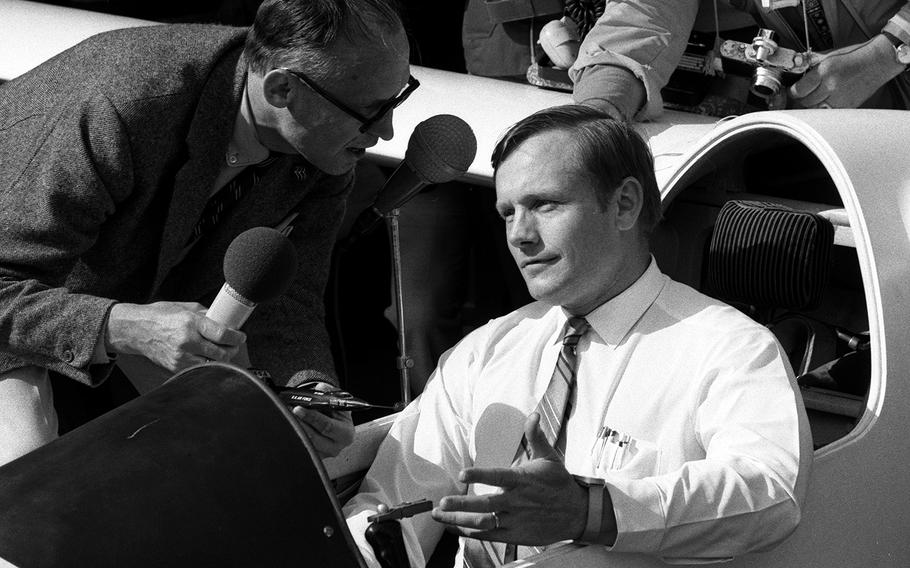 John Pilger ©Stars and StripesGersfeld, West Germany, August, 1970: Neil Armstrong, who just over a year earlier had guided a high-tech lunar lander onto the surface of the moon, sits in the cockpit of a decidedly uncomplicated glider as he's interviewed during a celebration of the 50th anniversary of the first competitive gliding meet at the famed Wasserkuppe. The peak in the Roehn mountain range was favored by early glider pilots who benefited from the strong updrafts there. Other VIPs at the anniversary event included famed test pilot Chuck Yeager and World War II German aviator Hannah Reitsch.