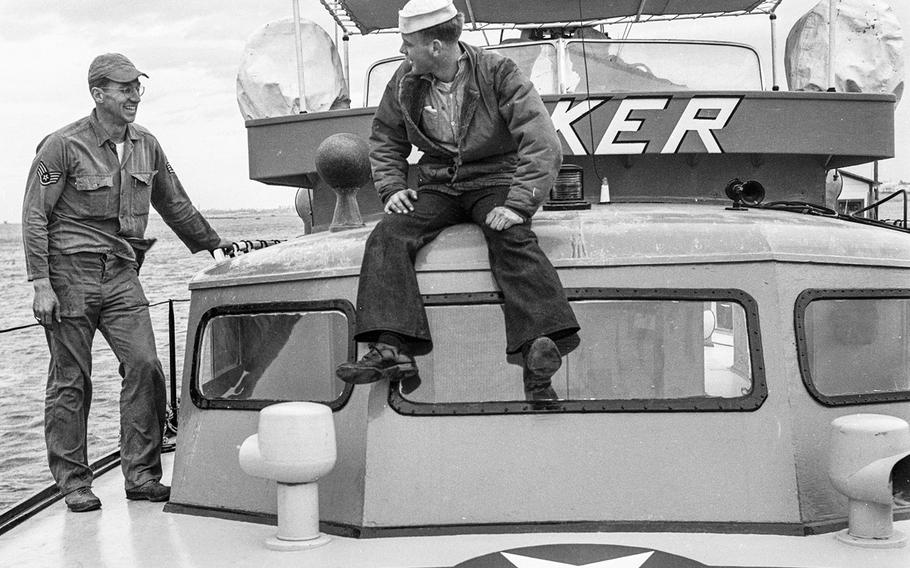 Lou Dombrowski ©Stars and StripesTripoli, Libya, January, 1954: Airmen from the 7th Crash Rescue Boat Flight pose aboard one of the four reconditioned World War II PT boats used by the U.S. Air Force in missions to assist downed planes near Wheelus Field and elsewhere in the Mediterranean. The airmen said they were happy to serve on the sea rather than in the sky, although one reasoned that "anything can happen in the Air Force," and another said "they took me by mistake."