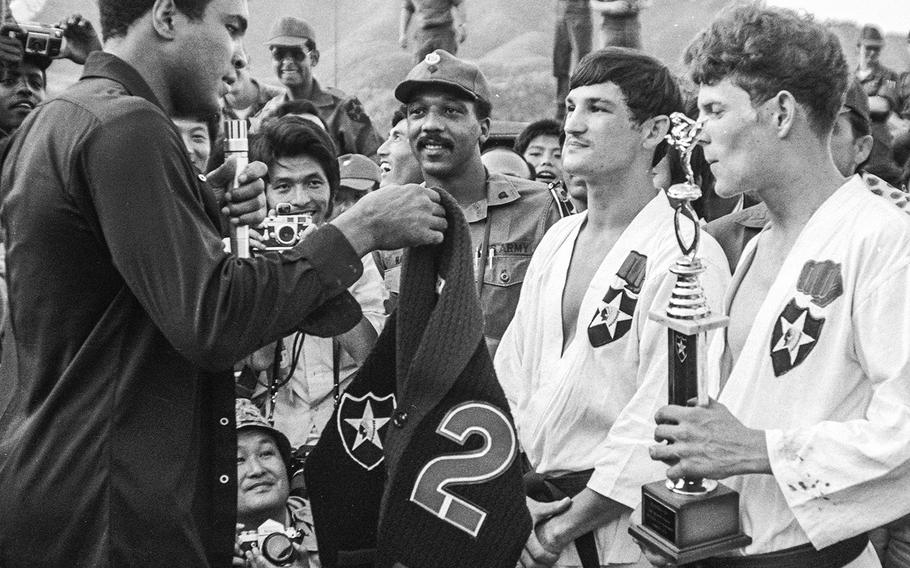 Chung Tae-won ©Stars and StripesSouth Korea, June, 1976: Heavyweight boxing champion Muhammad Ali holds a 2nd Infantry Division sweater that was presented to him during a visit to the Shoonover Bowl outdoor theater, near the DMZ, where he presented trophies to participants in a martial arts exhibition and sparred with a couple of soldiers. Ali, who had recently taken part in a boxing-wrestling match against Antonio Inoki in Tokyo, was greeted by thousands of Koreans who lined his motorcade route from the airport to Seoul.