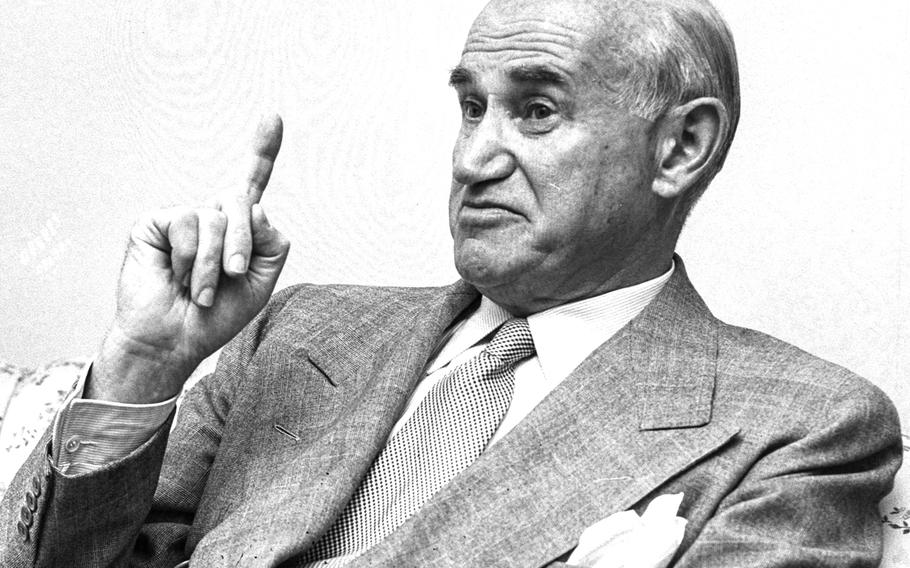 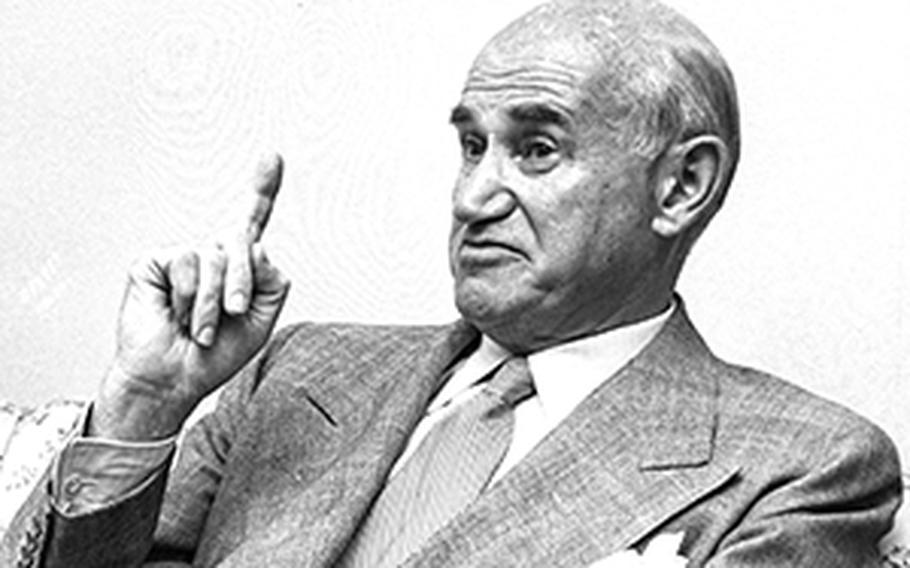 Ted Rohde ©Stars and StripesFrankfurt, West Germany, July, 1953: Movie producer Samuel Goldwyn makes a point at a press conference during a European trip that was to also take him to France, Belgium and Scandinavia. "A fine actor or a fine director will do a better job with a fine story," he said. "And a good story will carry the actor or director, but no one can carry a poor story." Goldwyn, one of the key players in the early days of the motion picture industry, was also known as a master of the malaprop, with such famous lines as "Gentlemen, include me out," and "You've bitten the hand of the goose that laid the golden egg." His name is also the "G" in "MGM," although he was not personally involved in the merger of three studios.