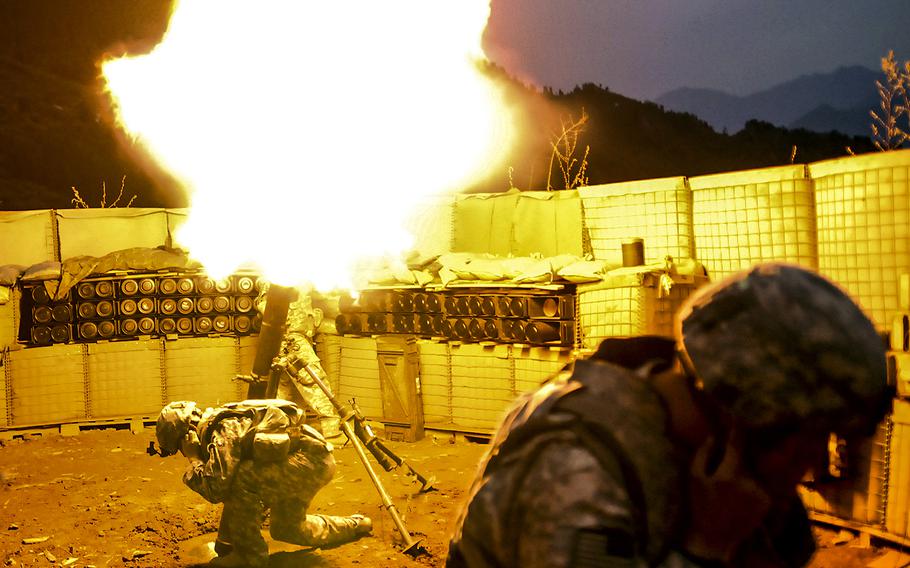 Michael Gisick ©Stars and StripesAfghanistan, September, 2008: Soldiers at a combat outpost in the Gowardesh Valley of eastern Afghanistan's Konar province fire a mortar. A Stars and Stripes article about the situation in eastern Afghanistan spoke of the "isolation in many parts of the eastern mountains, where soldiers raised on video games operate in what can often seem like the pages of an anthropology textbook. In what has become increasingly deadly terrain, it is the isolation that in many ways defines the fight."

RELATED MATERIAL: Stars and Stripes' 2008 story about the situation in eastern Afghanistan.