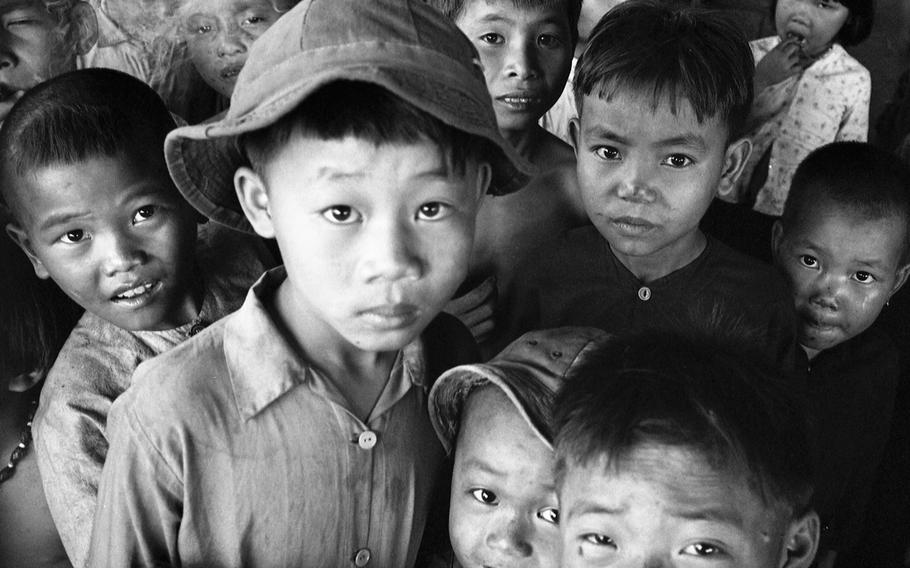 Bruce McIlhaney ©Stars and StripesSong Be, Vietnam, March, 1968: These Montagnard children were just a few of the 10,000 refugees who were gathered at Song Be, the capital of South Vietnam's Phuoc Long province. Stars and Stripes photographer Bruce McIlhaney reported that almost all of the province's Montagnards had been burned out of their homes and harassed by the Viet Cong within the previous two months.