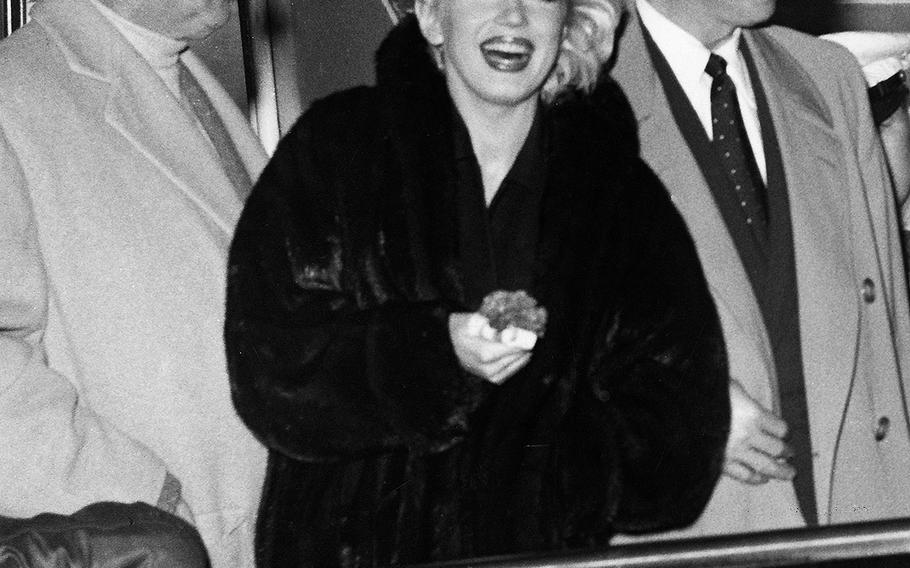 ©Stars and StripesTokyo, February, 1954: Honeymooning actress Marilyn Monroe and her baseball star husband Joe DiMaggio arrive in Tokyo, where a crowd of about 2,500 fans braved freezing winds to greet them. At left is famed minor league manager Frank "Lefty" O'Doul, who was to join DiMaggio in working with Japan Central League players in their spring training while Monroe went on to entertain U.S. troops in Korea.