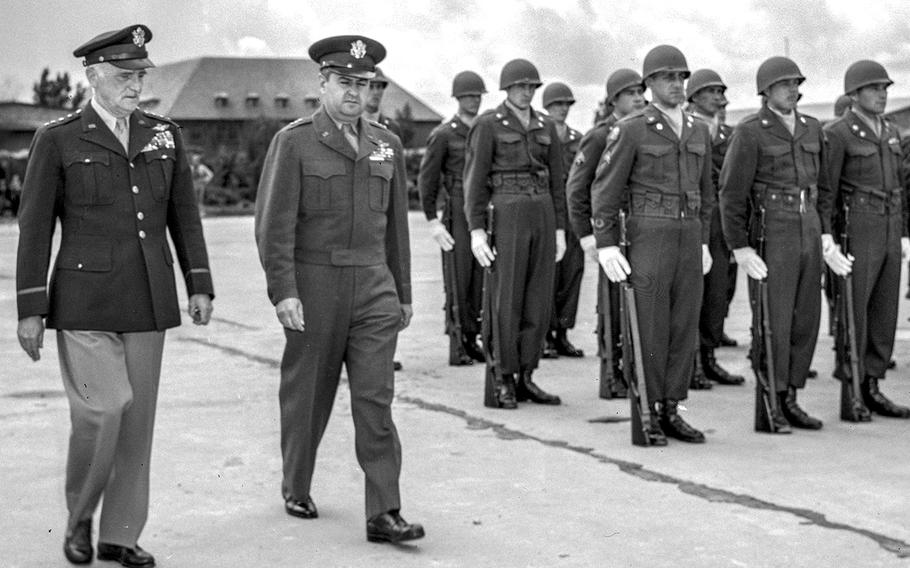 Gerald Waller ©Stars and StripesWiesbaden, Germany, May, 1948: Gen. Carl "Tooey" Spaatz, left, recently retired as Air Force chief of staff, and Lt. General Curtis LeMay, USAFE commander, review an honor guard upon Spaatz's arrival at the Wiesbaden Airport. Spaatz was one of the notable figures in military aviation in the first half of the 20th century, shooting down three enemy planes during World War I and rising to the level of commander of U.S. Strategic Air Forces in the Pacific in the later stages of World War II. LeMay was an architect of the WWII Pacific bombing campaign and directed the Berlin airlift; he, too, served as Air Force chief of staff.