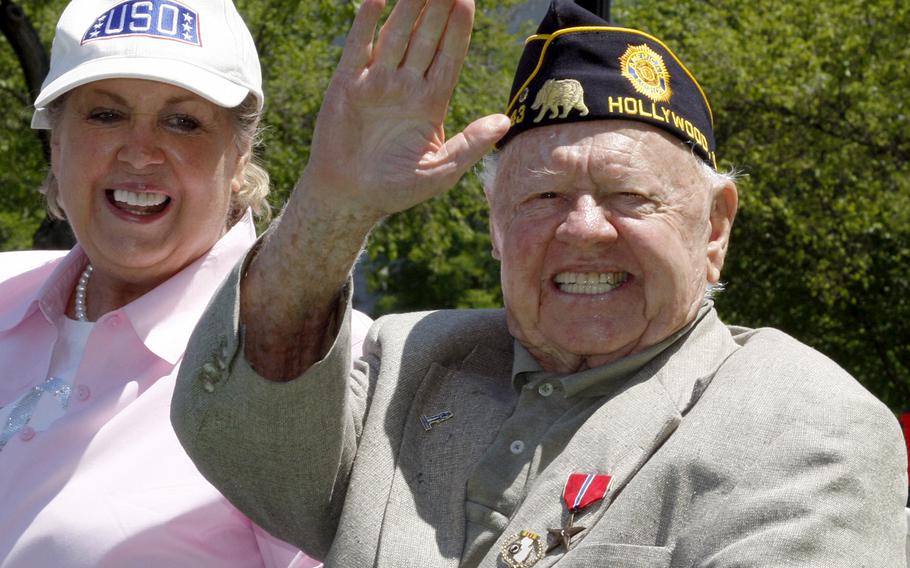 Joe Gromelski ©Stars and StripesWashington, D.C., May, 2008: Honorary marshal Mickey Rooney waves to spectators from a float as the 2008 National Memorial Day Parade begins. With him is his wife, Jan. Rooney served in the Army during World War II, entertaining the troops stateside and in Europe and on AFN. One of the most successful actors of his generation, he appeared in more than 300 films between his debut at age six in 1927 and his death in 2014.