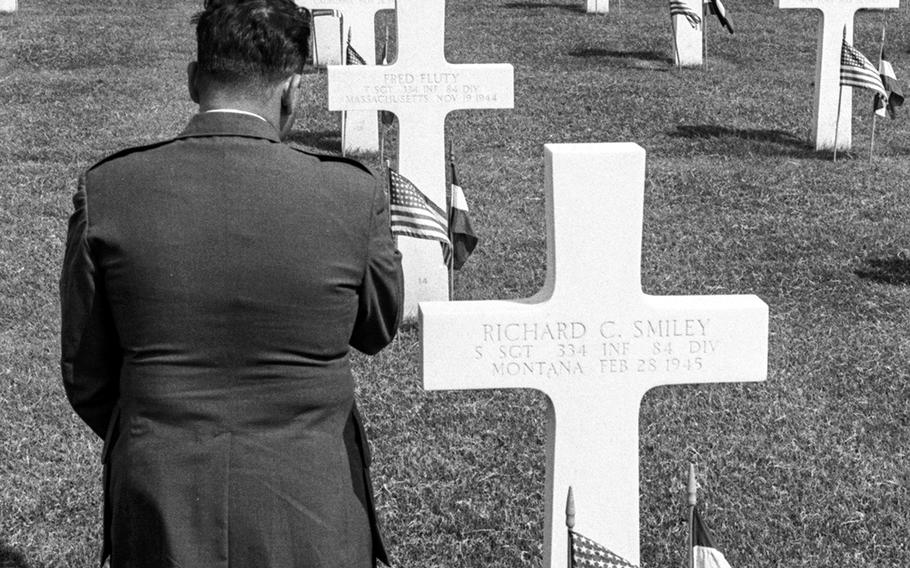 Red Grandy ©Stars and StripesMargraten, Netherlands, May, 1966: A Memorial Day visitor to Netherlands American Cemetery pays his respects at the grave of Army Tech. Sgt. Fred Fluty of 84th Infantry Division, 334th Infantry Regiment, a Silver Star recipient who was killed in action on Nov. 19, 1944. Margraten is the final resting place of 8,301 Americans who died in World War II, including Maj. Gen. Maurice Rose, the highest-ranking U.S. officer to be killed by enemy fire in Europe.