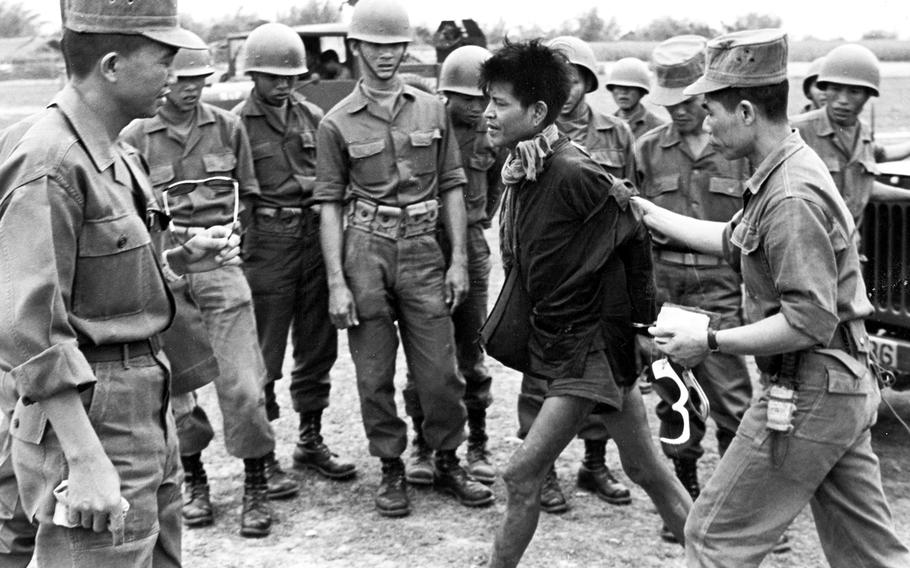 Al Chang ©Stars and StripesSouth Vietnam, March, 1962: A Viet Cong prisoner ignores the stares of South Vietnamese troops as he's led to a confinement area. The POW was one of 11 captured during the first two days of fighting in the rugged mountains of central Vietnam; about 1,000 government troops were carried into the area by U.S. Army helicopters from the 93rd Helicopter Co., out of Fort Devens, Mass. Despite the full-scale effort to storm a guerrilla stronghold believed to be defended by 1,000 men, the Viet Cong "managed to melt into the jungle with few losses," according to a Stars and Stripes report.