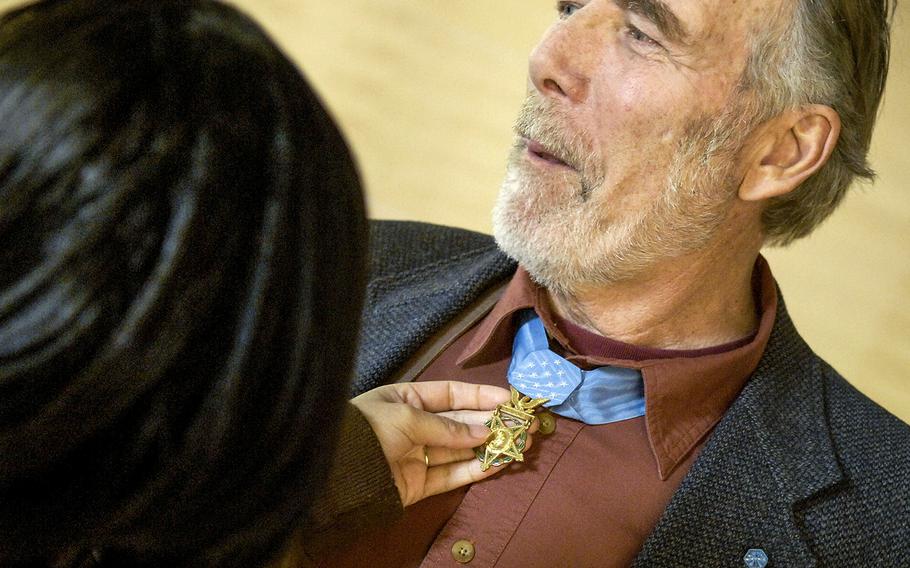 Ben Bloker ©Stars and StripesRamstein Air Base, Germany, January, 2008: Airman 1st Class Nikol Brown, assigned to USAFE headquarters, reaches out to touch the Medal of Honor worn by Drew Dix at Ramstein's passenger terminal. Dix, fellow Medal of Honor recipient Mike Thornton and actors Gary Sinise and John Ratzenberger met with Brown and other military members who were on their way to the States. Dix received the nation's highest military award for actions in Vietnam during the 1968 Tet Offensive.