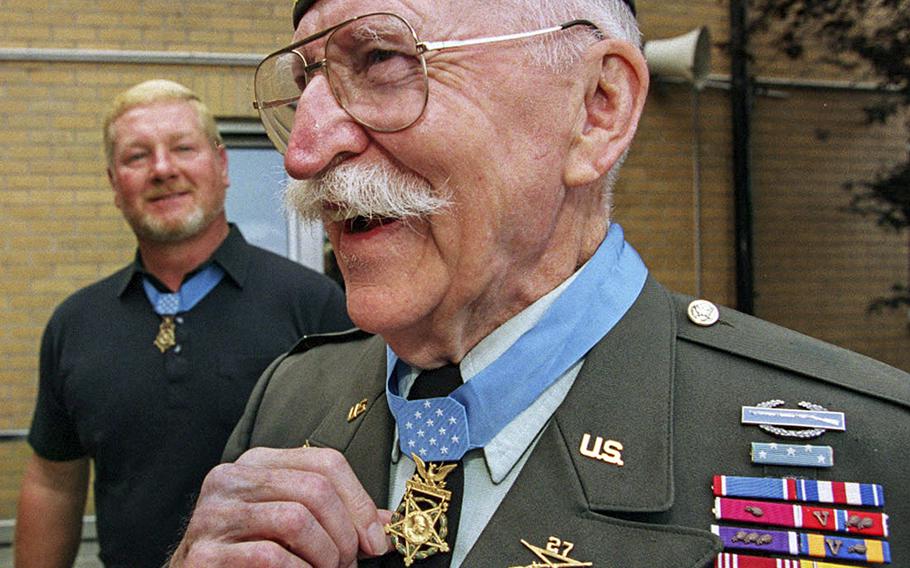 Ken George ©Stars and StripesFrankfurt, Germany, August, 1997: As he waits for a flight at Rhein-Main Air Base, retired Army Col. Lewis L Millett jokes about being the only Medal of Honor recipient to have been tried for desertion, Millett deserted from the U.S. Army and joined the Canadian forces in 1940 after President Franklin D. Roosevelt promised that no American blood would be spilled on foreign soil; he returned to his original Army and earned a Silver Star during World War II. Then, in Korea, he was awarded the nation's highest military honor for leading a bayonet charge against Communist troops. Behind Millett is Vietnam War Medal of Honor recipient Sammy L. Davis.