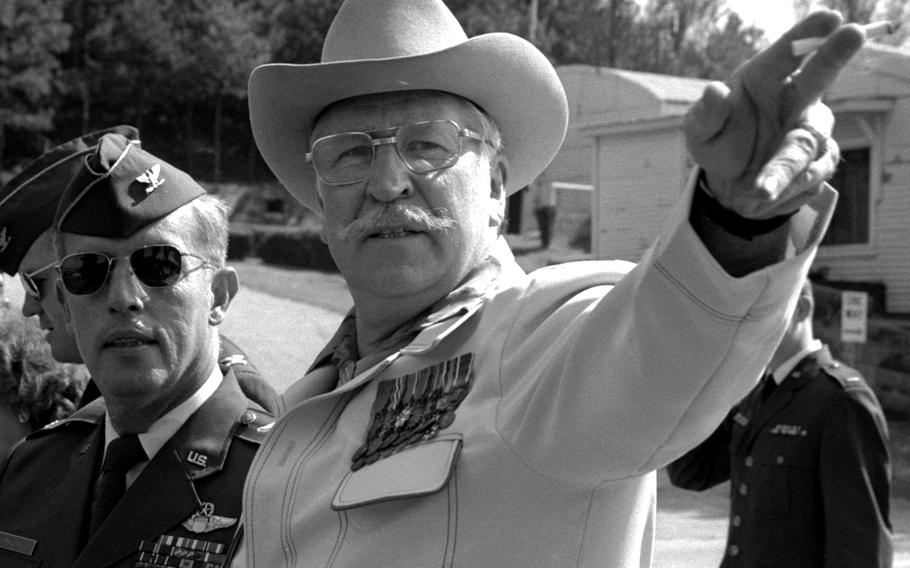 Tae Won Chung ©Stars and StripesOsan Air Base, South Korea, October, 1975: Medal of Honor recipient Lewis L. Millett, right, describes the Korean War battle for "Hill 180" to Col. Richard W. Phillips, Jr., 51st Composite Wing vice commander. On Feb. 7, 1951, Millett — then a captain in command of E Co., 27th Infantry Regiment — led a bayonet charge through machine-gun and antitank gun fire from entrenched Chinese and North Korean troops that resulted in the capture of the hill. "The Chinese had put out the word that we were afraid of bayonets," the Mechanic Falls, Maine, native recalled. "'Americans afraid of bayonets' is just ridiculous, I thought, so I intended to prove a point." He then rallied "The Wolfhounds" with the order to "fix bayonets and follow me."