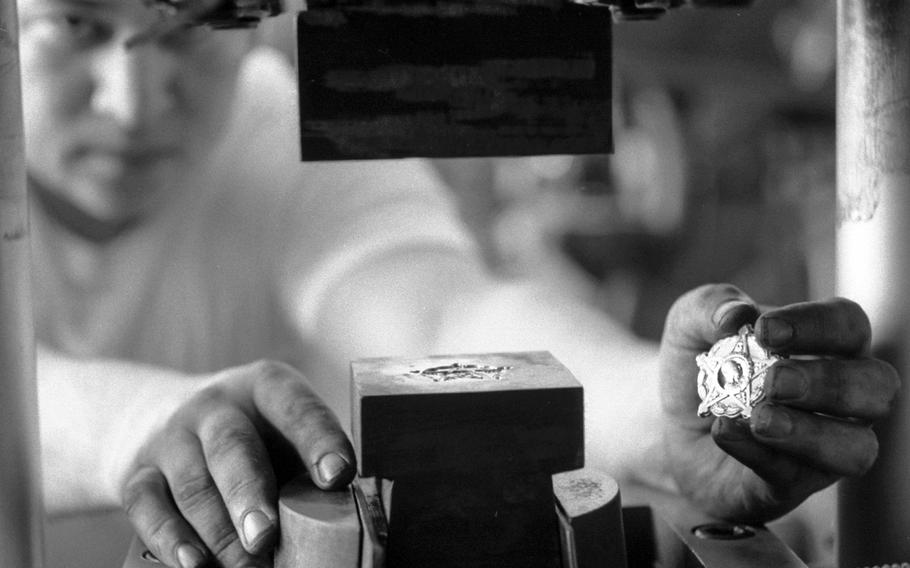 Gus Schuettler ©Stars and StripesNew York City, June, 1968: A worker at His Lordship Products, Inc., on Manhattan's Seventh Avenue, removes a Medal of Honor from the die on which it has been stamped from a star-shaped metal blank. The company was the holder of the exclusive contract to produce the nation's highest military award, providing about 600 of them to the Army, Air Force, Navy and Marine Corps between 1963 and 1968. The order that was being filled when the photo was taken was for 90 medals.

RELATED MATERIAL:Stars and Stripes' 1969 story about the production of Medals of Honor.