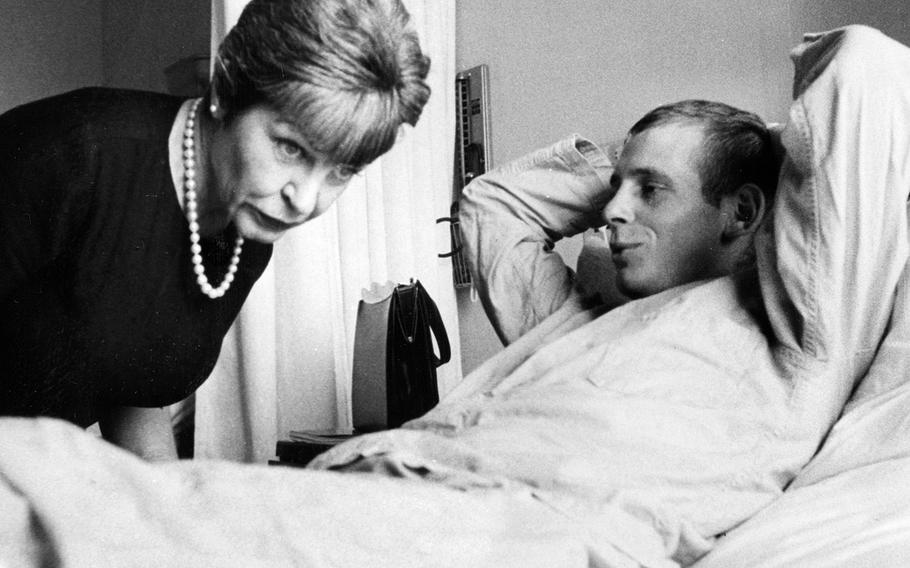 ©Stars and StripesClark Air Base, Philippines, May, 1965: Comedian Martha Raye, in the Philippines on a USO tour, visits with Sgt. Richard Bartlett at the Clark Air Base Hospital. Bartlett, of Det. B, 1st Special Forces Group, suffered leg and neck wounds and lost his hearing in the battle at Song Be, South Vietnam. During the fighting, he played dead as he was stepped on and kicked by Viet Cong soldiers, one of whom used Bartlett's body to steady his rifle.