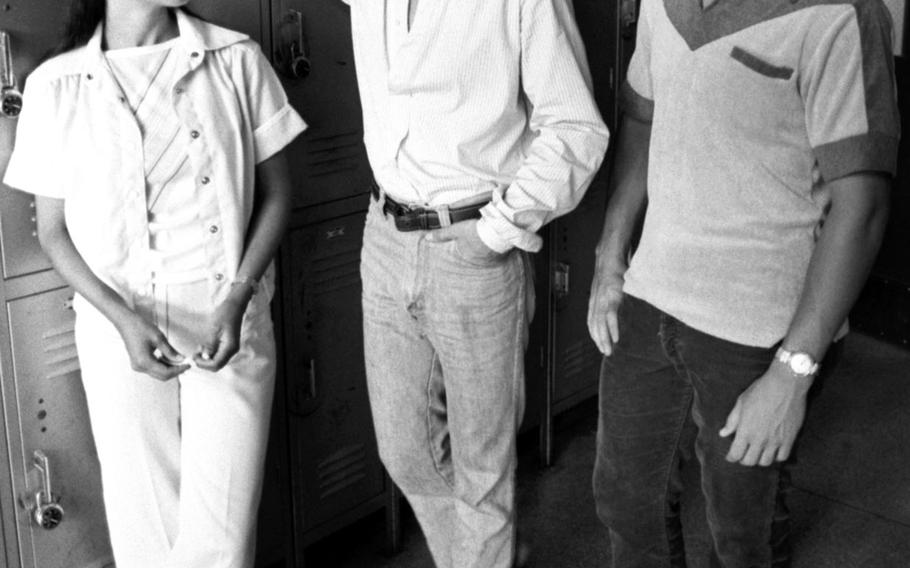 Scott Woodham ©Stars and StripesYokosuka Naval Base, Japan, June, 1978: Actor Mark Hamill, center, famous for his portrayal of Luke Skywalker in "Star Wars," poses with a couple of students in a hallway of his alma mater, Nile C. Kinnick High School. Hamill was student council president and a member of the Class of 1969 at Kinnick while his father, a Navy officer, was stationed at Yokosuka. At the time of his visit, he was working on the World War II film, "The Big Red One," and preparing for the "Star Wars" sequel.

RELATED MATERIAL:Stars and Stripes' 1978 story about Mark Hamill at Yokosuka.