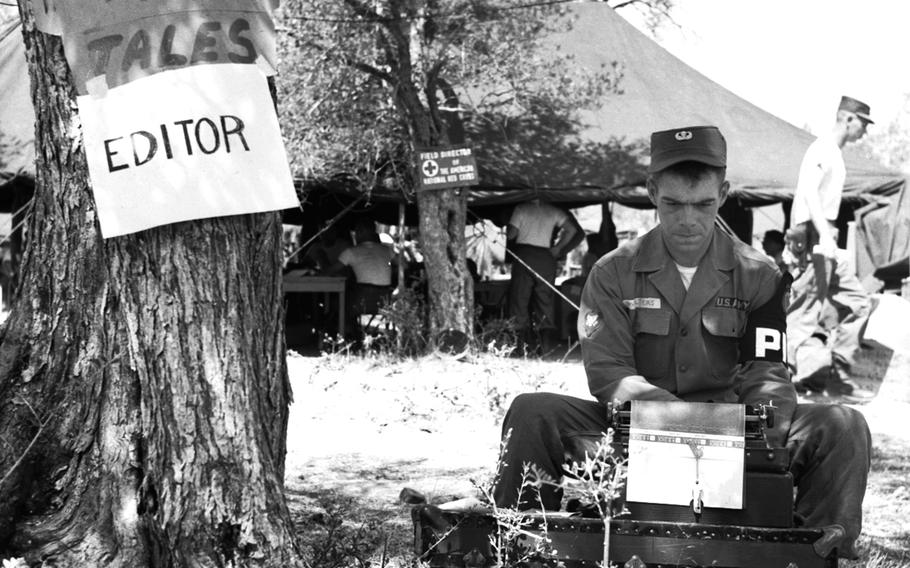 John Wright ©Stars and StripesBeirut, Lebanon, July, 1958: Spc. 4 David E. Walters, working in the information office of the 24th Infantry, puts together the latest edition of Task Force Tales to keep servicemembers of Task Force 201 up to date on the news during the American intervention in Lebanon. Long before the days of desktop publishing, his tools of the trade are a manual typewriter and a mimeograph stencil. About 15,000 soldiers and Marines were sent to Lebanon in July, 1958 to bolster the pro-Western government of President Camille Chamoun after the assassination of Iraq's King Faisal and rumors of a plot against Jordan's King Hussein drastically increased tensions in the region.