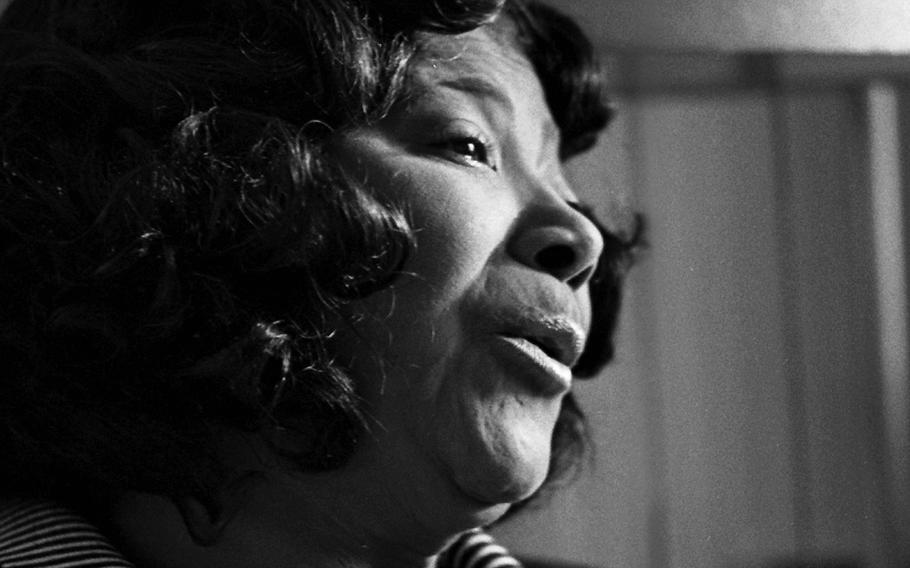 Raymond J. Denis ©Stars and StripesTokyo, April, 1971: Mahalia Jackson, considered by many to be the best American gospel singer ever, talks to a reporter at her hotel a few hours after she performed for Empress Nagako and other members of the Japanese imperial family. Jackson sang at many important events in American history, including the Kennedy inauguration, the 1963 March on Washington, and the funeral of Dr. Martin Luther King, Jr. At the March on Washington, she preceded Dr. King's "I Have a Dream" speech with the spiritual, "I Been 'Buked and I Been Scorned."