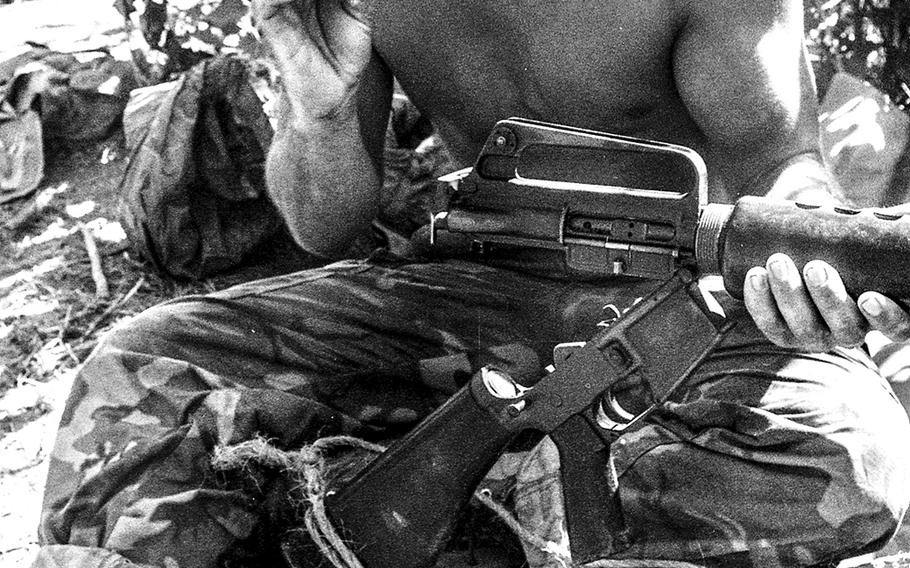 Jim Clare ©Stars and StripesVietnam, June, 1969: Marine Cpl. Jose Vazquez of 1st Battalion, 1st Regiment, 1st Marine Division, takes a puff on a cigarette as he cleans his rifle. "I'm lucky to be here," said Vasquez, who said he fled Cuba at age 15, and then was captured in the ill-fated 1961 Bay of Pigs invasion and later released with others in exchange for Red Cross medical and farming supplies. He joined the Marines with the intention of going to Vietnam and fighting Communists. The photo was taken during Operation Pipestone Canyon, aimed at clearing said Communists off their haven, Go Noi Island, 10 miles south of Da Nang and five miles inland from Hoi An.