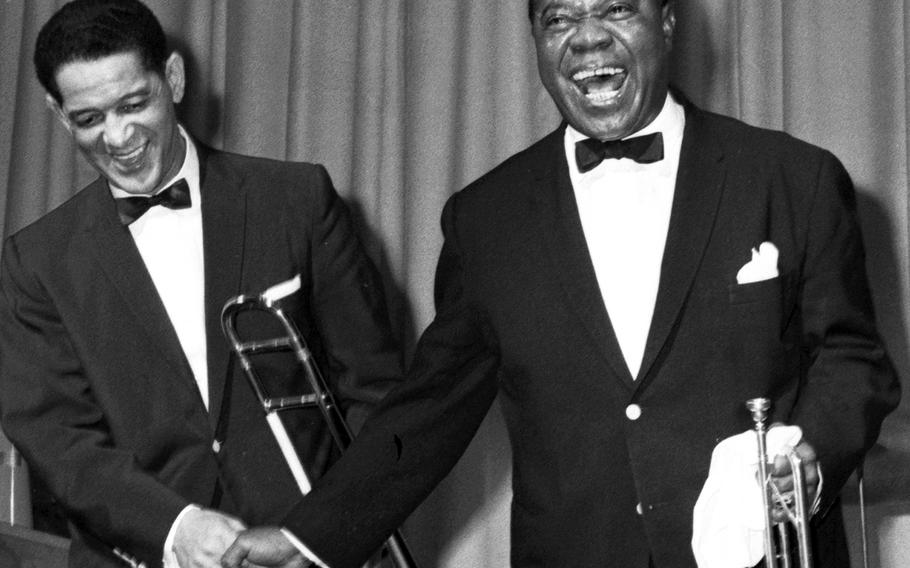 S. Kim ©Stars and StripesSouth Korea, April, 1963: Louis Armstrong shakes hands with trombonist Trummy Young at the end of a song on opening night of the U.S. military's sprawling new multi-million-dollar Walker Hill Resort, located on the Han River just outside of Seoul. Armstrong and his band were to play for two weeks at Walker Hill before moving on to Japan for more shows.