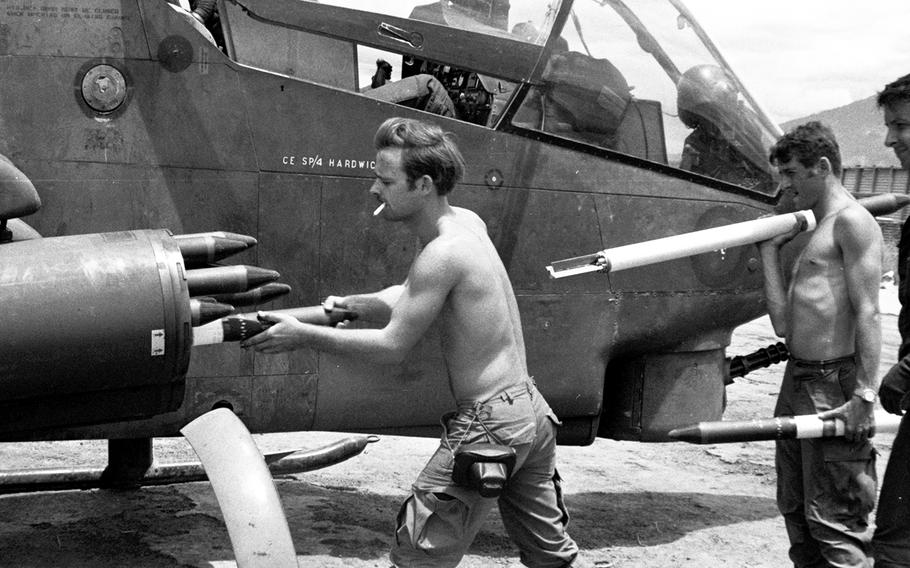 Ken Schultz ©Stars and StripesTay Ninh, South Vietnam, October, 1971: Soldiers load rockets onto a Cobra helicopter during an effort to combat stepped-up Communist activity near the Cambodian border. According to the Stars and Stripes story, the ammunition-loading crew's nine former helicopter crew chiefs and door gunners — referred to as "The Wild Bunch" by an officer — were grounded for "disciplinary and other reasons," but didn't mind the obscurity, isolation and bad-boy reputation. "This is punishment, but at least nobody messes with you here," one soldier said.

RELATED MATERIAL: Stars and Stripes' 1971 story about the ground crew at Tay Ninh.