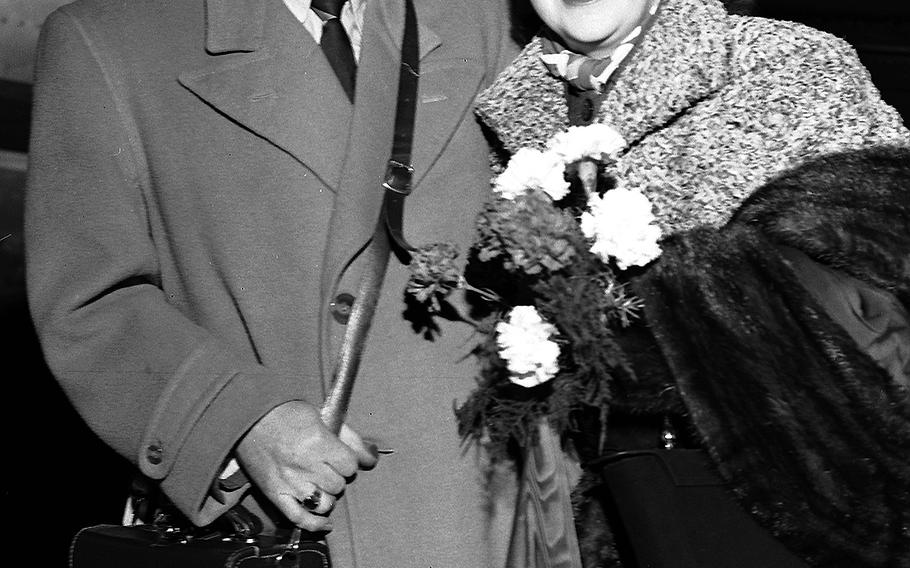 Ted Rohde ©Stars and StripesFrankfurt, West Germany, January, 1955: Guitarist Les Paul and his vocalist wife, Mary Ford, arrive at Rhein-Main for a stopover in Frankfurt on their way to Hamburg. Over a 48-hour period, they recorded more than 14 interviews and March of Dimes programs on AFN, and made a few brief appearances in enlisted men's and officers' clubs in the Frankfurt and Munich areas, before resuming their vacation. Their number-one hit and TV show theme song, "Vaya Con Dios," had already sold nearly four million copies, and their overall record sales totaled more than 15 million. Les Paul was also one of the pioneers of the solid-body electric guitar.