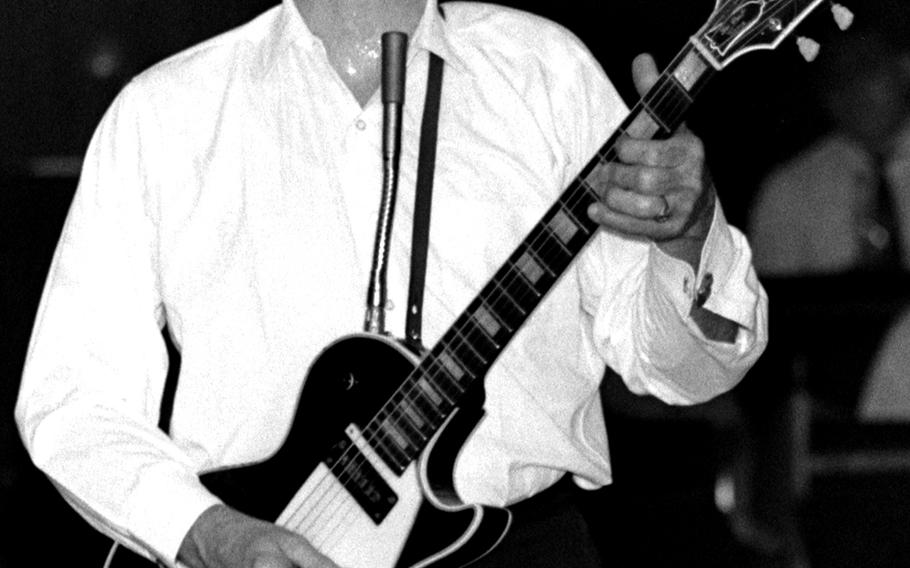 Chester M. Houswerth ©Stars and StripesTokyo, June, 1965: Les Paul shows the audience at the Grant Heights NCO club just how the instrument he helped develop — the solid-body electric guitar — is supposed to be played. Paul's accomplishments earned him induction into the halls of fame of rock and roll, broadcasting, inventing and the Grammy awards.