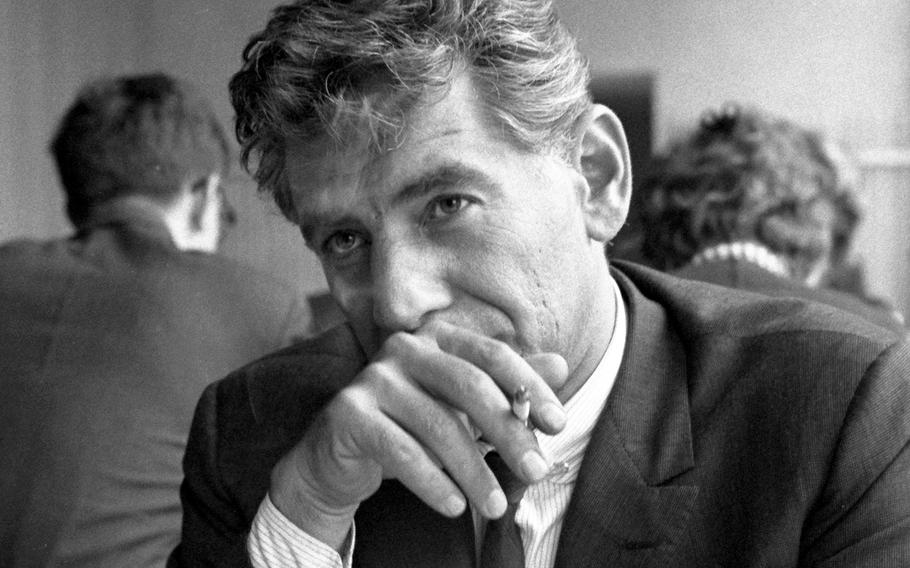 Gene Bane ©Stars and StripesFrankfurt, West Germany, September, 1960: Leonard Bernstein, conductor of the New York Philharmonic and composer of the musical score for "West Side Story," relaxes at the Frankfurt Airport during a stopover on his flight to Berlin. Bernstein and the Philharmonic were to represent the U.S. in the Berlin Music Festival. An ongoing worldwide celebration is marking the 100th anniversary of Bernstein's birth on August 25, 1918.