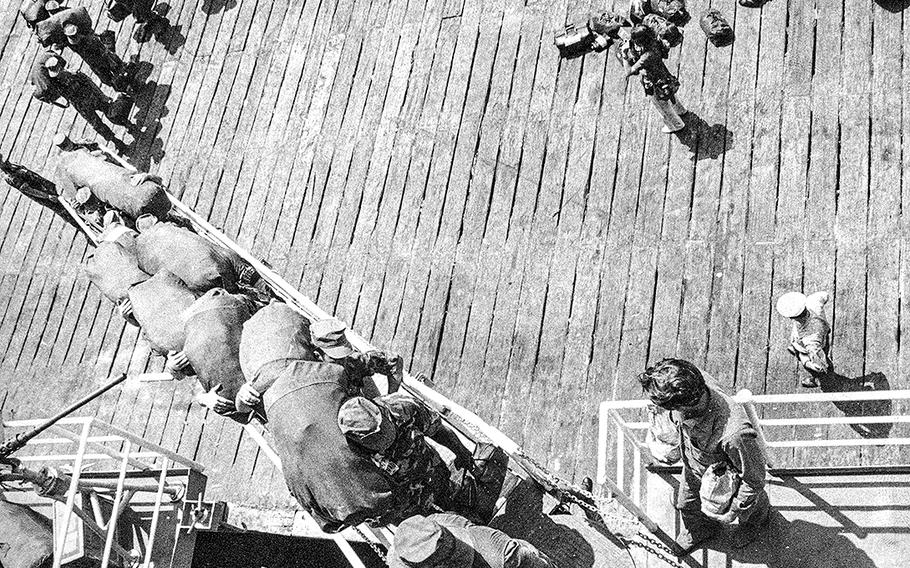 Howard Lavick ©Stars and StripesDa Nang, South Vietnam, April, 1971: In a view from above, Marines from the 1st Marine Division file aboard the USS Anchorage, on the way home from their tour of duty in Vietnam. The ship's departure marked the end of the Keystone Robin operation, during which the 7th Fleet carried more than 1,600 Marines out of the country in the sixth increment of troop redeployment.

RELATED MATERIAL: Stars and Stripes' 1971 story about the Marines' departure from Vietnam.