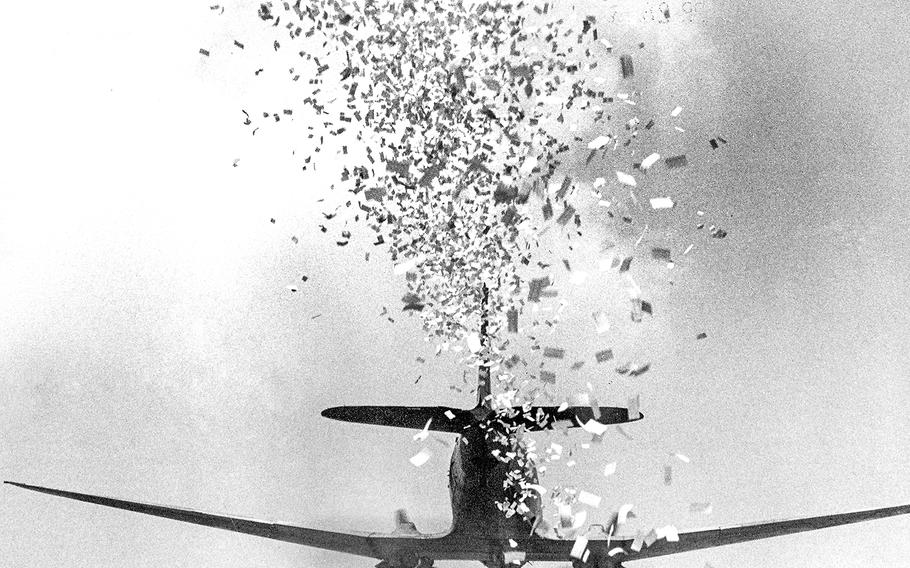 Bob Cutts ©Stars and StripesSouth Vietnam, April, 1968: A C-47 "Gooney Bird" aircraft from the 5th Air Commando Squadron drops thousands of propaganda leaflets over South Vietnam. The psychological warfare campaign also included flights from which loudspeakers blared recorded messages at the enemy. "We just fly over them all night, keeping them awake and letting 'em know we know where they are," said 1st Lt. Jerry Valentine. "They get pretty harassed, all right."

RELATED MATERIAL: A 1968 Stars and Stripes story about the psy ops campaign.