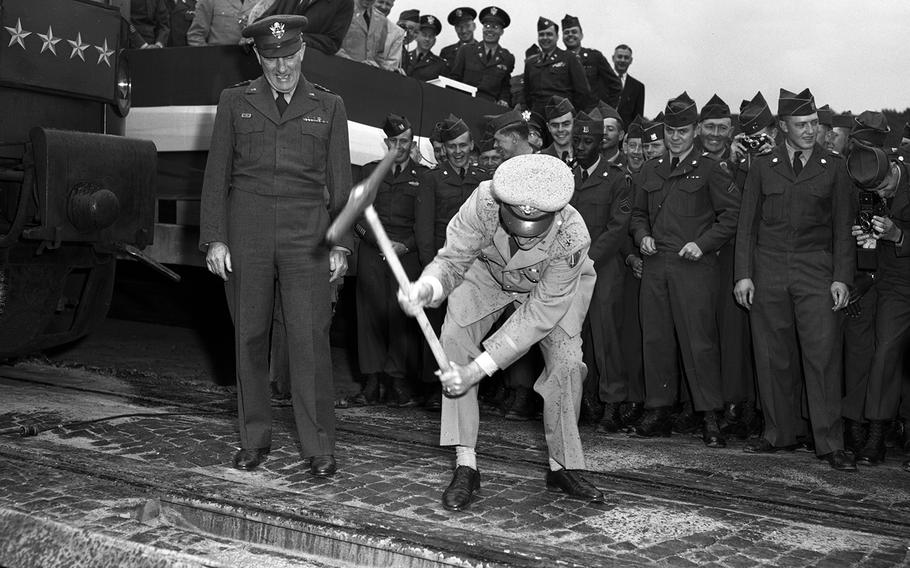 Neil Doherty ©Stars and StripesKaiserslautern, Germany, September, 1954: It was thousands of miles from Promontory Summit, Utah, and the last spike wasn't golden, but the soldiers from the 432nd Engineer Construction Battalion watching Gen. William M. Hoge, USAREUR commander-in-chief, take a ceremonial swing could relate to the workers on the transcontinental railroad in 1869. The event marked the completion of a three-mile rail spur built by the 432nd from Kaiserslautern's main station to Panzer Casern. Hoge was something of a World War II engineering Zelig, being deeply involved in such endeavors as the construction of the Alaska Highway, the D-Day landing at Omaha Beach, and the capture of the famed bridge at Remagen and the crossing of the Rhine that followed.

RELATED MATERIAL: Stars and Stripes' 1954 story about the last-spike ceremony at Kaiserslautern.