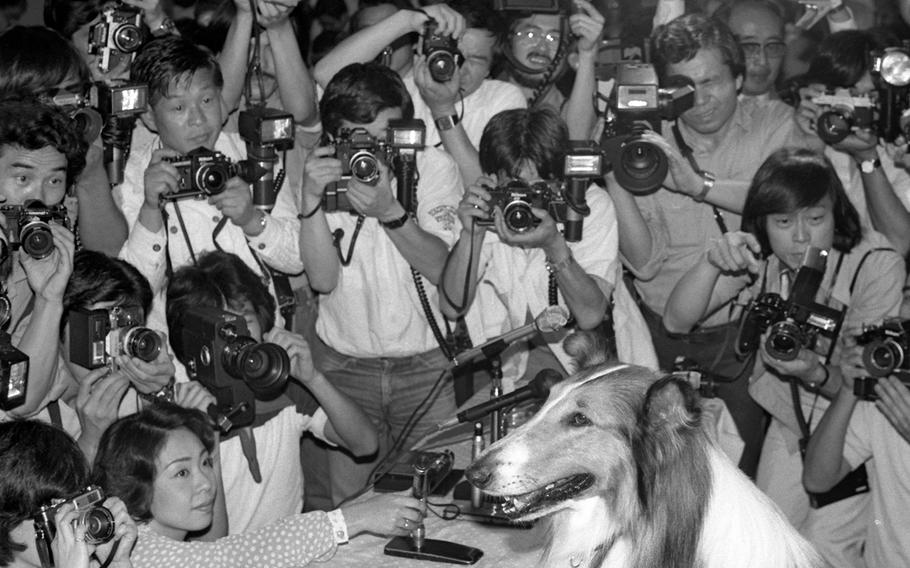 Ron Hatcher ©Stars and StripesTokyo, June, 1979: Lassie gets the star treatment from the Japanese media during a press event at the Imperial Hotel. The star of movies and a TV series (actually the sixth in a long line of performing Lassies, all of them male, going back to 1943) was accompanied by trainer Rudd Weatherwax.

RELATED MATERIAL: Stars and Stripes' 1979 story about Lassie and Rudd Weatherwax in Tokyo.