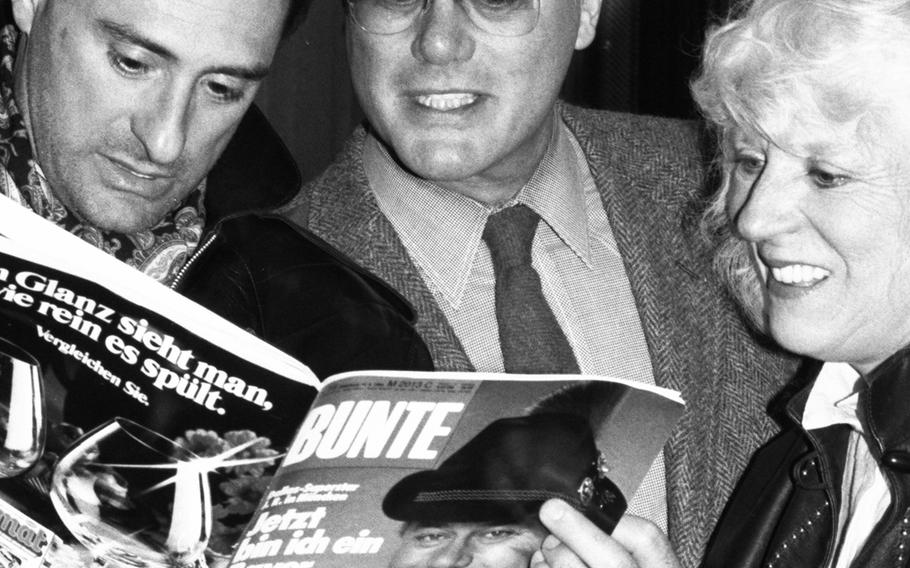 Marty Davis ©Stars and StripesFrankfurt, Germany, April, 1983: During a stopover at the Frankfurt airport, Larry Hagman — also known as the villainous J.R. in the "Dallas" TV series — checks out what's been written about him in a German magazine. Hagman, an Air Force veteran who was stationed in England in the 1950s, was on his way to Munich to receive the golden "Bambi" award as the most popular TV personality in Germany.