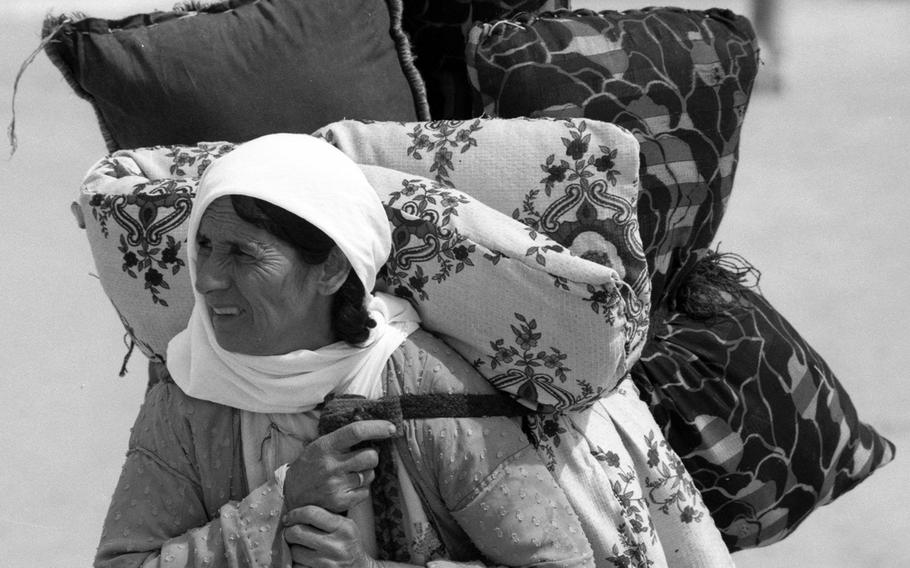 Gus Schuettler ©Stars and StripesZakho, Iraq, May, 1991: A Kurdish woman carries pillows, blankets and other household goods as she arrives at a refugee camp in northern Iraq. Allied troops were working to repatriate an estimated 200,000 people still in the mountains bordering Turkey, where they sought refuge during Saddam Hussein's brutal campaign against the Kurds in the wake of the Gulf War.