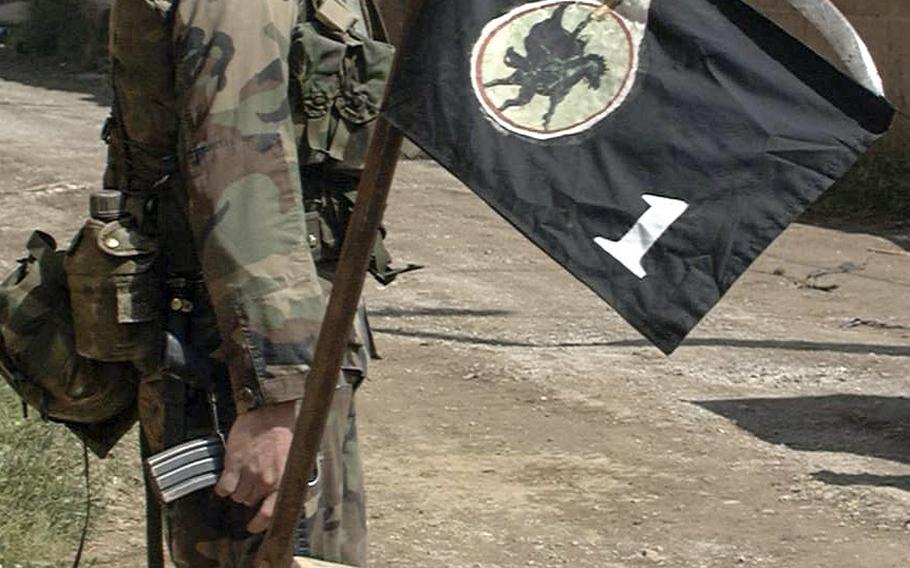 Jon Anderson ©Stars and StripesZegra, Kosovo, June, 1999: Marines with Kilo Company use an abandoned scythe to fly their platoon guidon at a checkpoint during Operation Joint Guardian, part of a NATO-led peacekeeping mission in which the 26th Marine Expeditionary Unit played an early role.