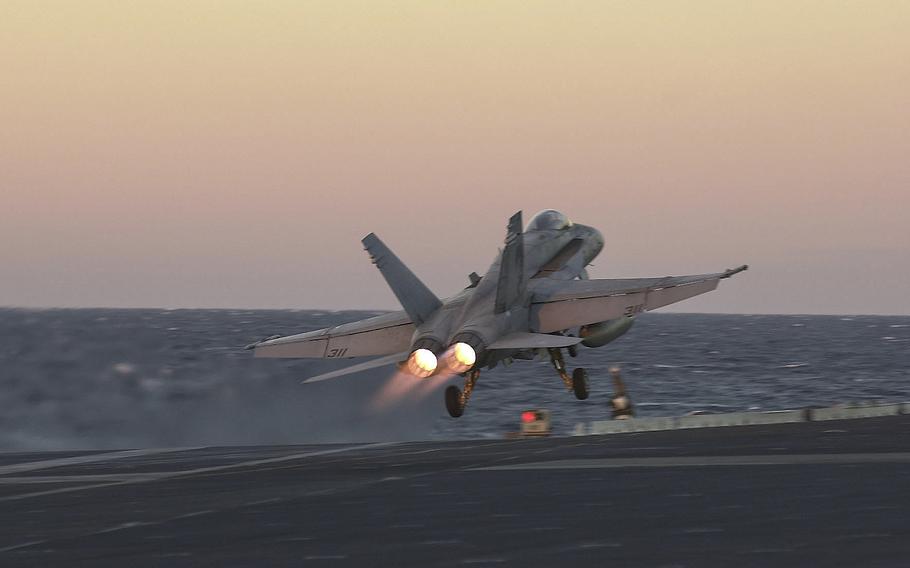 Joseph Giordono ©Stars and StripesOff Japan, December, 2001: An FA-18 takes off early on the morning of the Kitty Hawk's return to Yokosuka from an 83-day deployment to the Middle East in support of Operation Enduring Freedom. While on station in the North Arabian Sea, Kitty Hawk's pilots flew more than 600 missions, including more than 100 combat sorties.