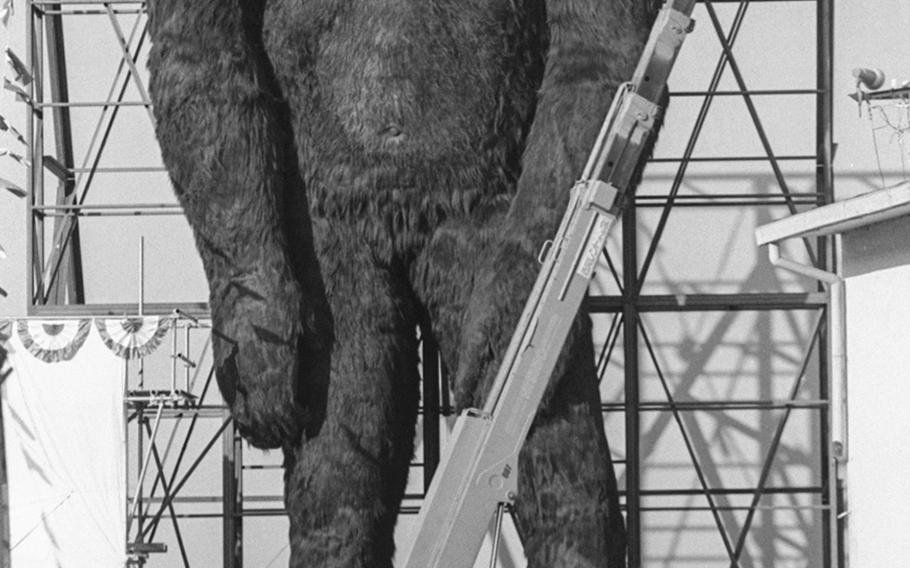 R.J. Oriez ©Stars and StripesYokohama, Japan, November, 1986: Visitors to the Shochiku-Fuji Film Studios use a cherrypicker crane to get a close-up view of King Kong. The $700,000, 50-foot monster — built from wood, metal, spandex, fiberglass and synthetic hair — was imported by the studio to hype the upcoming Japanese release of the Dino De Laurentiis movie, "King Kong Lives." Amid negative reviews that swarmed around the film like so many biplanes around a giant ape, the ill-fated remake reportedly brought in less than half of its estimated $10 million production cost at the box office.