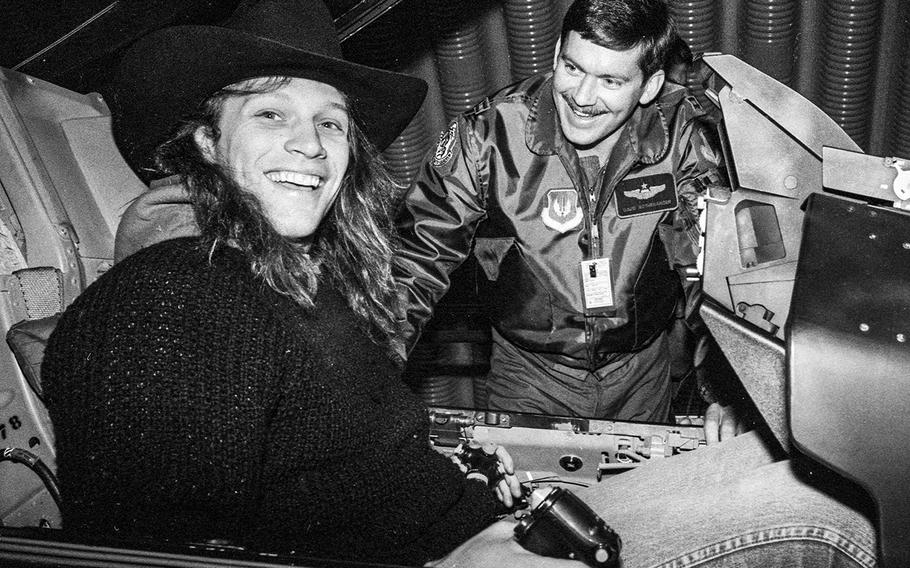 Dave Didio ©Stars and StripesRamstein Air Base, West Germany, November, 1988: Musician Jon Bon Jovi settles into the cockpit of an F-16 Fighting Falcon from the 526th Tactical Fighter Squadron as Capt. David Rothenanger prepares to explain the controls. The aircraft was "just like my Ferrari," joked Bon Jovi, who was taking a break from his European tour to play a benefit concert at Ramstein, the proceeds of which went to a fund to help victims of an August air show disaster at the base that killed 70 people.