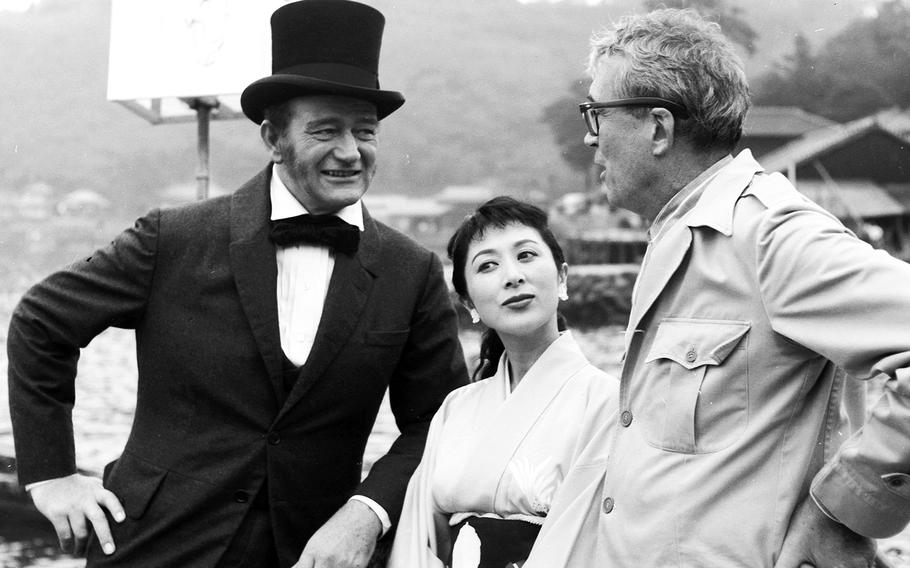 Sandy Colton ©Stars and StripesKawana, Japan, October 30, 1957: John Wayne talks with another movie legend, director John Huston, during a break in the filming of "The Barbarian and the Geisha." Wayne was starring in the role of Townsend Harris, America's first ambassador to Japan; the scene being shot this day was of Harris' arrival in 1856.