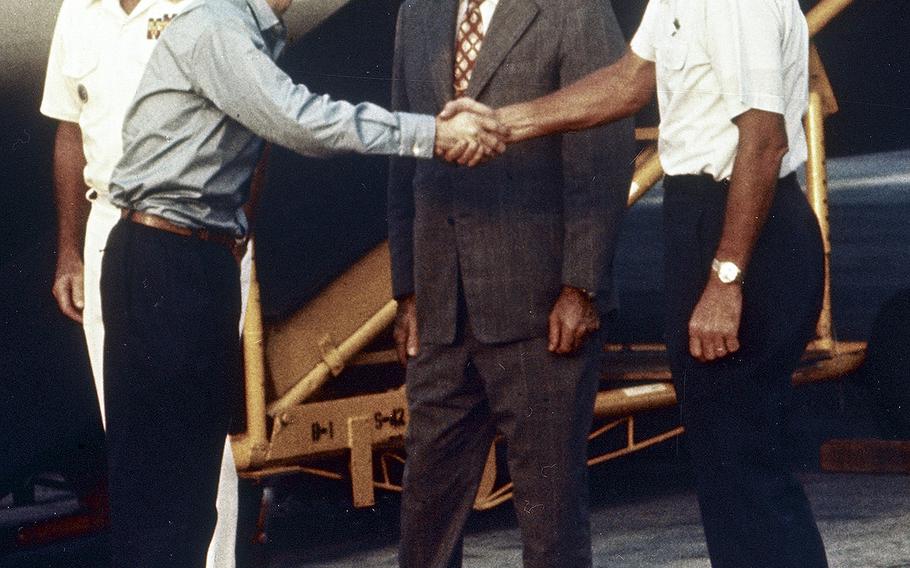 ©Stars and StripesClark Air Base, Philippines, March, 1973: Navy Lt. Cmdr. John S. McCain III is welcomed to Clark Air Base, the first stop on his way home after more than five years of captivity in a North Vietnamese prison. McCain, the son and grandson of admirals, would go on to serve in the United States Senate for 31 years; he died August 25, 2018 at age 81.