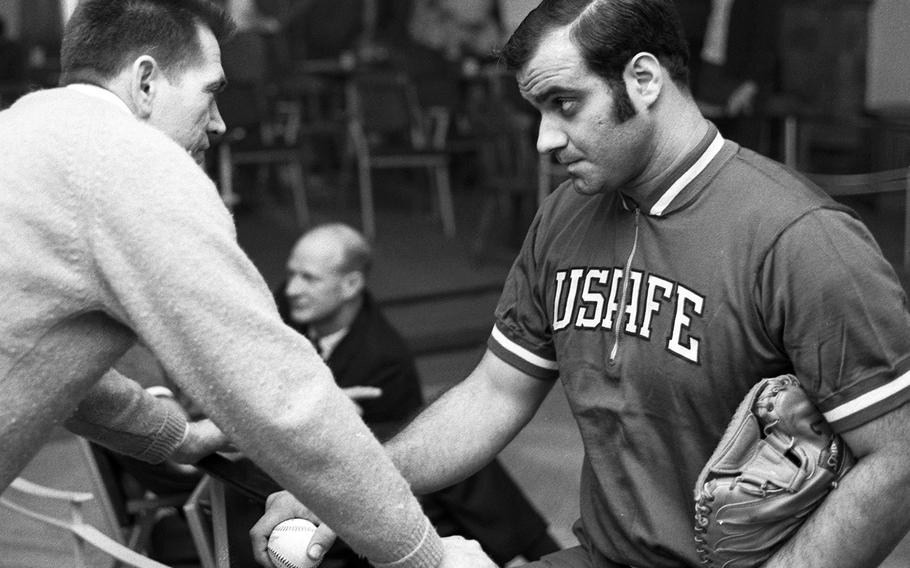 Joe Wesley ©Stars and StripesWiesbaden, West Germany, January, 1970: St. Louis Cardinals catcher Joe Torre talks with a participant in the USAFE baseball clinic at Wiesbaden Air Base. In an interview, Torre said he supported teammate Curt Flood in his lawsuit against baseball in pursuit of free agency, and that "the reserve clause definitely needs to be reviewed and modified — perhaps something like the arrangement which pro football players have would be satisfactory." But, he added, "I hope that it (the suit) never goes all the way. I'd hate to see the reserve clause thrown out entirely. That could be disastrous for baseball."