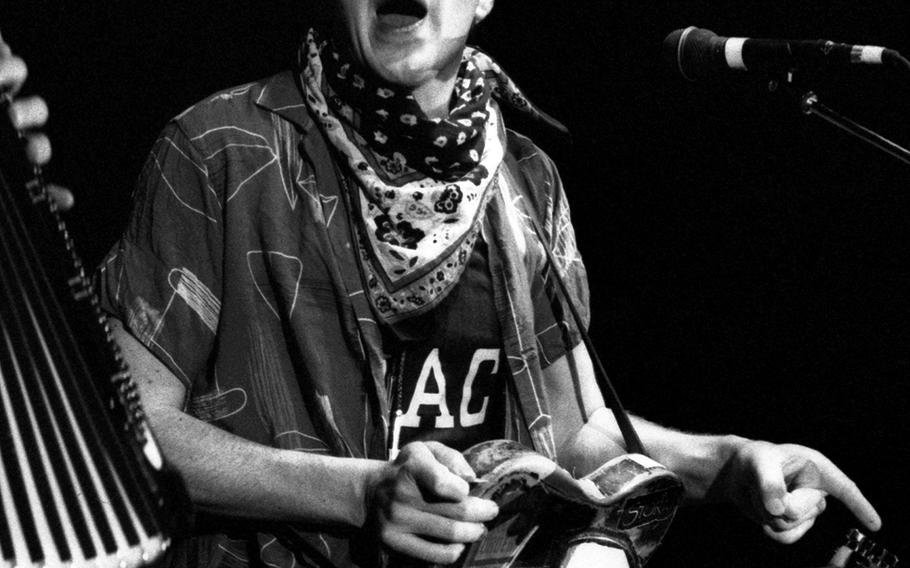 Michael Abrams ©Stars and StripesOffenbach, Germany, October, 1991: Punk rock icon Joe Strummer performs with The Pogues at the Stadthalle. He was replacing Pogues frontman Shane MacGowan, who left the British/Irish folk/punk band for health reasons. Strummer, founder of The Clash in the 1970s, was as well-known for his refusal to give in to the temptations of commercialism as he was for his music. When Strummer died at age 50 in 2002, U2's Bono said, "The Clash was the greatest rock band. They wrote the rule book for U2."