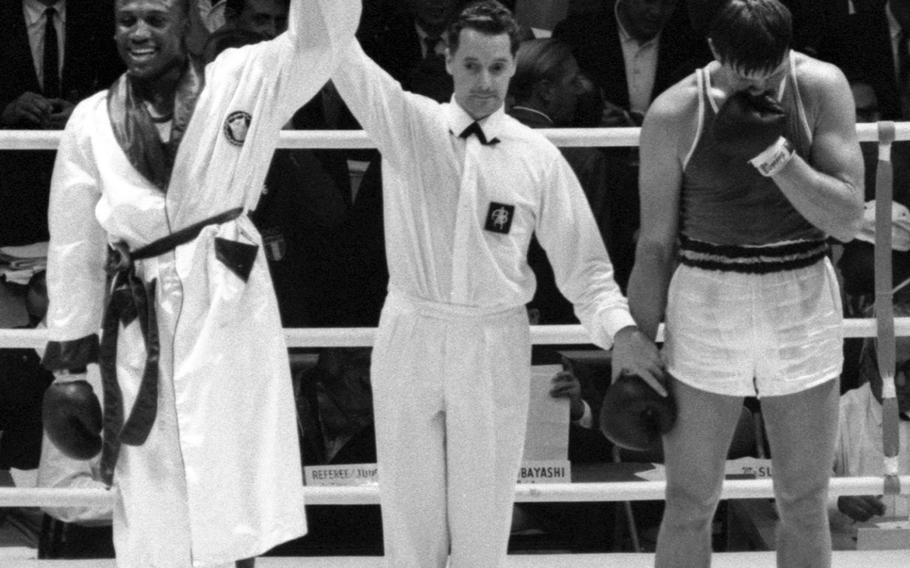 Hideyuki Mihashi ©Stars and StripesTokyo, October, 1964: Joe Frazier of the United States is declared the winner over Vadim Yemelyanov of the Soviet Union in the heavyweight boxing semifinals at the Olympic Games. The fight was stopped at 1:59 of the second round. Frazier, who got his chance to box in the Games when Buster Mathis broke a knuckle, went on to win the gold medal. Later, as a professional, he battled another Olympic champ — Muhammad Ali — for supremacy in the sport; their rivalry peaked with the famed "Thrilla in Manila" in 1975.