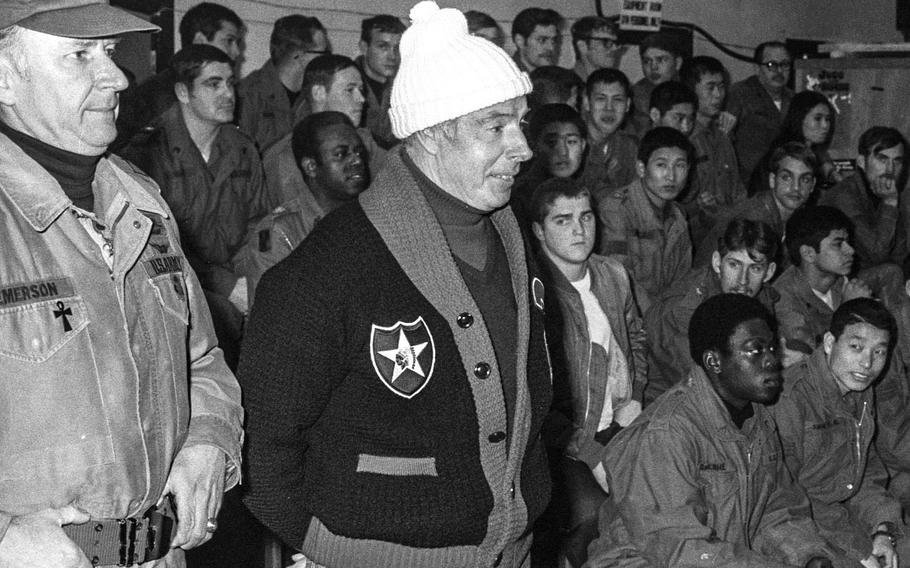 Mike Rush ©Stars and StripesSouth Korea, February, 1975: Wearing a sweater given to him by the 2nd Infantry Division, New York Yankees great Joe DiMaggio visits Camp Casey. With him is the division's commander, Maj. Gen. Henry E. Emerson. DiMaggio's tour of the Far East also took him to Japan (where he worked as a hitting coach for the Lotte Orions during the team's spring training) and Taiwan.