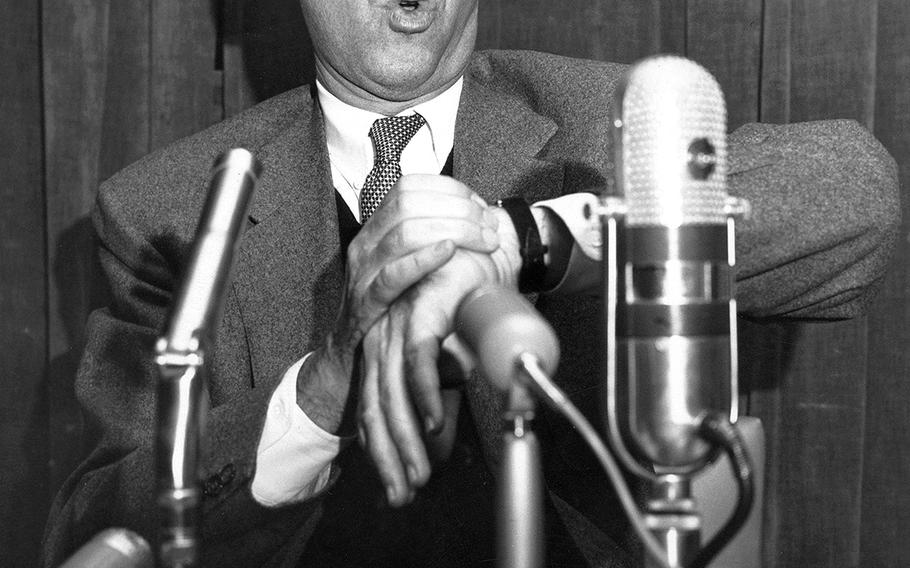 Neal E. Callahan ©Stars and StripesTokyo, January, 1955: Actor and World War II veteran Jimmy Stewart meets the press in Tokyo. Stewart, a bomber pilot during the war, was a colonel in the Air Force Reserve in 1955 and eventually rose to the rank of brigadier general. He said he and his wife Gloria came to the Pacific for a vacation, to scout possible locations for future movies, and to attend the Tokyo premiere of his Paramount picture "Rear Window."