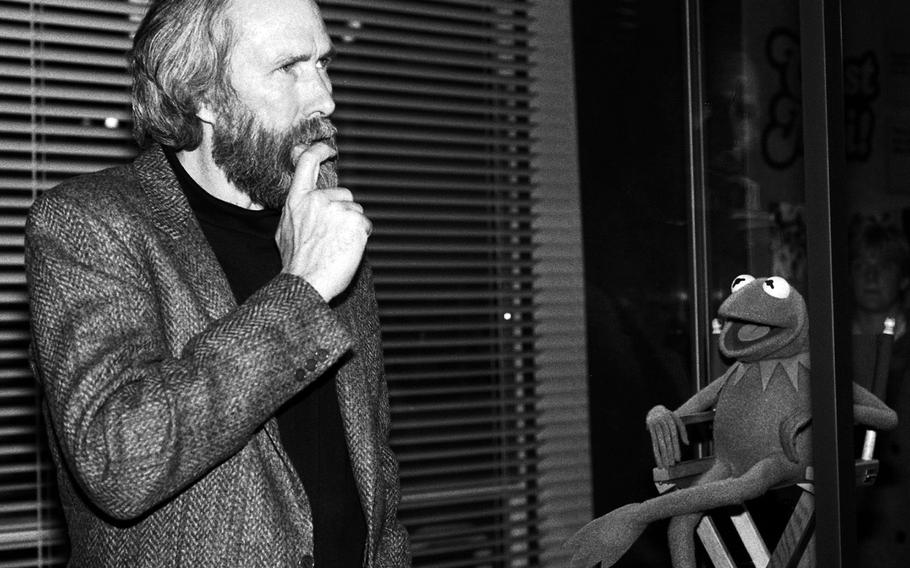 Lynda Sparks ©Stars and StripesFrankfurt, Germany, December, 1987: Jim Henson shares the spotlight with his most famous creation, Kermit the Frog, during the opening of an exhibit at Frankfurt's film museum tracing the history of Henson's Muppets. In an interview, Henson looked ahead to techniques that have since become routine. "The idea of totally creating puppets on the computer is fascinating to me, and we'll be moving in that direction next," he said. "But at the same time, there will always be the classic puppetry."

RELATED MATERIAL Stars and Stripes' 1987 story about the opening of the Muppets exhibit.