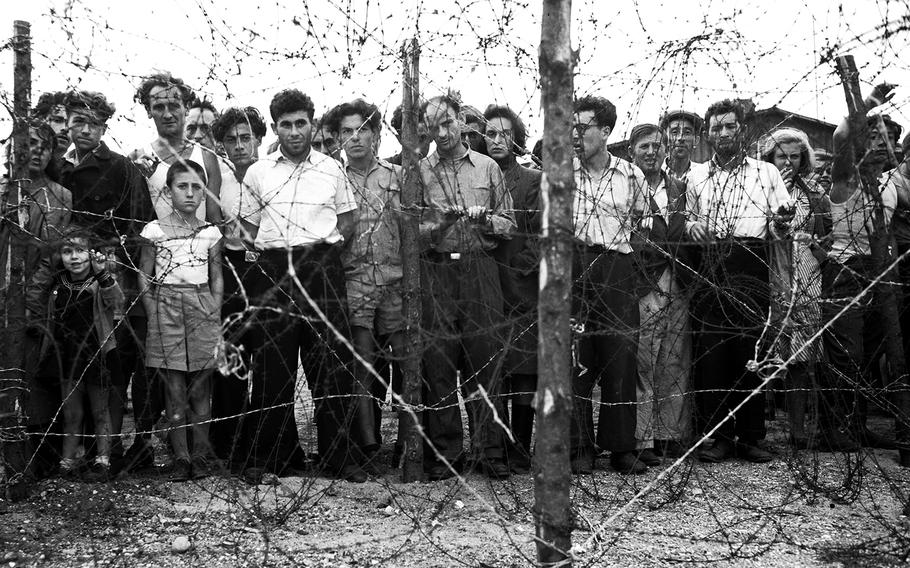 Chris Butler ©Stars and StripesHamburg, Germany, September, 1947: Jewish refugees peer out from behind barbed wire at the Poppendorf displaced persons' camp after many of them were returned to Germany by British authorities who stopped their attempt to emigrate from Europe to Palestine. The saga of the more than 4,000 people on three ships became famous as Exodus 1947.