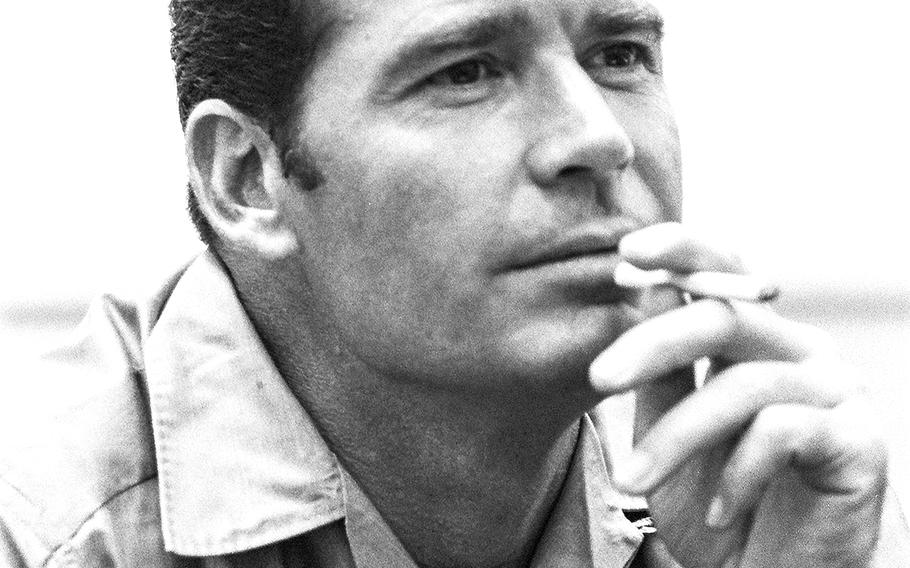 Bill Becker ©Stars and StripesSouth Vietnam, April, 1967: Actor James Garner, star of the "Maverick" TV series, is interviewed during the final day of his visit to U.S. bases in Vietnam. Garner, who received a Purple Heart while serving in the infantry in the Korean War, talked about the skepticism he occasionally encountered while talking with the troops. "They might ask if I was over here on some tax writeoff, or how much I get paid," he said. "When I explain that I'm an ex-rifleman private with the 24th Inf. Div.'s 5th Regimental Combat Team, and came over for nothing, everything is OK."