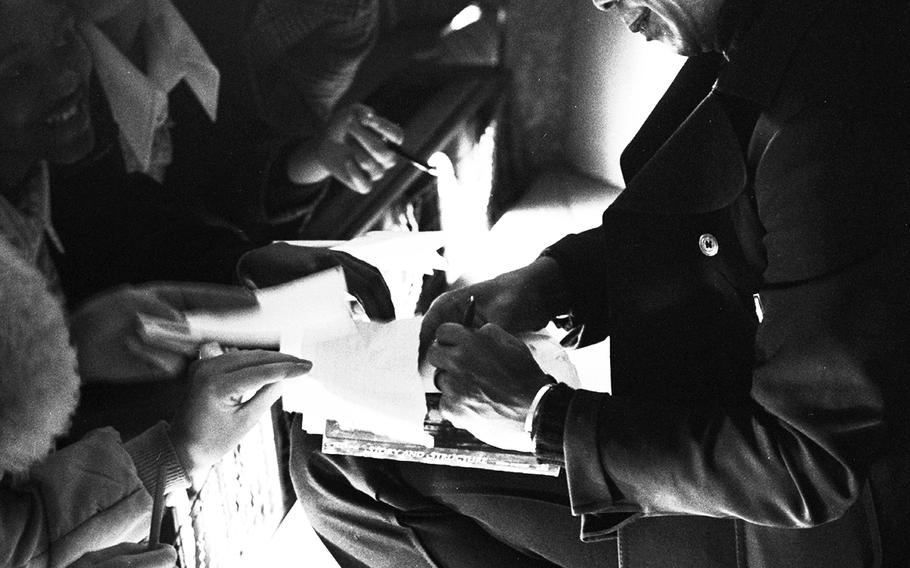 Regis Bossu ©Stars and StripesStuttgart, Germany, February, 1972: Novelist, essayist and playwright James Baldwin autographs books in Stuttgart, where he was participating in a panel discussion that was held to mark the inauguration of the Stuttgart branch of the NAACP. His first novel — the autobiographical "Go Tell It on the Mountain," about growing up in Harlem — is an American literary classic; other works, including "Notes for a Native Son" and "The Fire Next Time," were key writings in the civil rights movement.

RELATED MATERIAL:Stars and Stripes' 1972 story about James Baldwin in Stuttgart.